All About the March Birthstone

March babies are lucky enough to have two gems as the March birthstone. The March birthstones are aquamarine and bloodstone. Aquamarine’s clear blue colors make for gorgeous everyday and occasion jewelry. Bloodstone’s rich history and unique colors create striking jewelry pieces that are sure to impress.

Why There Are Two March Birthstones

They made this change in response to market preference. Consumers wanted a more accessible and affordable option for the March birthstone. Aquamarine was a top choice for its variety and clarity.

Today, aquamarine is the primary March birthstone. Because of the stone’s pale blue color, blue is the most common color for March birthstones. If you want a stone that represents March but you don’t need or want an aquamarine, any blue stone will do the trick.

March isn’t alone in having two birthstones. It’s actually quite common. June, August, October, November, and December also have more than one birthstone, sometimes up to three.

The first birthstone for March is aquamarine. Aquamarine typically has a pale blue-green color that shows off its clarity and size. Dark blue gemstones tend to have a more intense color, which makes them more valuable. The March birthstone is also a traditional 16th or 19th-anniversary gift. Some say that aquamarines are supposed to bring happiness to a marriage!

Aquamarine is a variety of the mineral beryl. The beryl family also includes famous gemstones like emeralds and morganite.

The History of Aquamarine

In ancient times, mariners believed that aquamarines came from the bejeweled boxes of sirens. This March gemstone fell off of the sirens’ jewel caskets and washed ashore. Because the stones supposedly came from the ocean, the gems were precious to Neptune, the Roman god of the sea. Mariners nicknamed aquamarines “the sailor’s gem” and would carry them as talismans. The deep blue stones were supposed to bring about smooth seas and protect sailors from sea monsters out in open water.

On land, many cultures used aquamarine for its healing properties and magical properties. Aquamarine supposedly gave the wearer mental clarity with also acting against poison. It was widely used by soothsayers who would use the precious stone to tell fortunes and predict the future.

The Origins of Aquamarine

Aquamarine naturally grows in six-sided crystals that can be up to a foot long. For a more ethical and environmentally-conscious option, lab-grown aquamarines come in a variety of settings and styles.

The Brazilian state of Minas Gerais is a major aquamarine producer. The Karakorum foothills of Pakistan are also aquamarine mining hotspots. In order to access the stones, miners climb to an elevation of 9,800-13,000 feet (3,000-4,000 meters). Aquamarines also grow in the Mount Antero region of Colorado. Because of this, aquamarine is Colorado’s state gem.

Even if you’re not looking for jewels fit for a princess, light blue aquamarine is a cost-effective option for statement jewelry. Paler blue gems and stones with a bluish-green color tend to go for a more reasonable price. In the gem world, deep blue aquamarines are rarer and more valuable.

Because aquamarine has virtually no yellow tones, it looks stunning with all metal types and on all skin tones. It also pairs well with other gemstones. Aquamarine is perfect for settings like three-stone engagement rings.

Aquamarine is a pretty durable gem. It ranks between 7.5 and 8.5 on the Mohs hardness scale and is durable enough for everyday wear.

Clean your aquamarine with warm water and mild dish soap. You can also use a soft toothbrush to scrub away any visible dirt. Ultrasonic cleaners and steam cleaning are typically safe as long as your gemstone has no fractures or liquid inclusions.

The second birthstone for March is the bloodstone, which is a more traditional choice for March babies. This dark green gemstone features vibrant specks of a red iron oxide called hematite. Hematite’s bright red color sometimes looks like blood, hence the name “bloodstone.”

Bloodstone is highly prized for its symbolism and historical significance. Bloodstone is said to increase strength and preserve both health and youth.

Today, bloodstone is a common good luck charm. Athletes carry bloodstones when they want to increase their strength and prolong their health.

The History of Bloodstone

The name “aquamarine” alludes to the ocean, but the sun is bloodstone’s domain. Bloodstone’s other name is heliotrope, which is the Ancient Greek word for “to turn the sun.” The gem likely got its name from an old belief that the sun would turn red if they put bloodstone in a body of water.

Like modern athletes, gladiators carried bloodstone to increase their skills. Some gladiators even believed that bloodstone would make them invisible to their opponents. Ancient lawyers and barristers also used bloodstone as a talisman; they believed it would influence the outcome of courtroom decisions.

The Origins of Bloodstone

Bloodstone doesn’t look like your typical birthstone, and here’s why.

While bloodstone is often called dark green jasper, it’s not actually a member of the jasper family. Jaspers often have a grainy structure, which bloodstone does not have.

Today, most bloodstone on the market comes from India. Prominent mining operations also exist in Brazil, Australia, China, Italy, and South Africa. In the United States, California is also a prominent producer of bloodstone.

Bloodstone comes in a variety of settings that range from traditional to adventurous.

For a truly unique look, carved bloodstone jewelry is a great way to go. Throughout history, artisans have used bloodstone to create carved seals, cameos, and signet rings. Add a vintage touch to any outfit with a new or secondhand bloodstone piece.

Bloodstone is a 6.5 to 7 on the Mohs scale, making it slightly softer than aquamarine. While generally safe for everyday wear, keep your bloodstone away from extreme temperatures and harsh chemicals. This will help you avoid any discoloration.

Bloodstone is typically very smooth, which makes cleaning a breeze. Running our stone under lukewarm water should do the trick for regular cleaning. For a deeper cleanse, use warm water, mild soap, and a soft brush.

Soft materials are the best way to prevent scratching your bloodstone. Dry your stone with a soft cloth and store it on a gentle fabric like velvet.

How to Buy Your March Birthstone

Now that you’ve identified which March birthstone is for you, how do you go about purchasing one? Here are a few things to keep in mind.

You might know the Four C’s in terms of diamond shopping, but they apply to other precious stones as well. Here’s a quick guide to learn about what makes high-quality stones.

Cut refers not to the shape of your gemstone, but how light behaves when it enters the gemstone! Shape refers to the outline of your gemstone. Common shapes include round, princess, oval, and cushion.

Like diamonds, aquamarines are available in a wide variety of shapes and cuts. Jewelers often cut aquamarines as emerald-cut gemstones because the long lines emphasize the size of the stone.

Bloodstones are opaque, meaning no light passes through them. Because of this, the cut of your bloodstone matters more for the shape and setting than for light refraction.

One thing to note about bloodstone’s shine is that the stone may appear waxy rather than shiny, but this is perfectly normal. The unique structure of bloodstone causes it to reflect differently from other gemstones.

Aquamarines are mainly priced because of their color. Unlike diamonds, darker is better when it comes to aquamarines. Darker aquamarines are rarer than light blue aquamarines, so keep this in mind when shopping for your March birthstone. You might find a lighter stone more easily and at a lower cost.

Aquamarines can be graded like diamonds because they are translucent. Bloodstones, however, are typically opaque so you won’t get much clarity.

Aquamarines are readily available in larger sizes, so carat weight is not a clear way to determine the price. Often, aquamarines over 25 carats have a lower price-per-carat than smaller stones. The divide in price is because larger stones are so difficult to set in jewelry.

Bloodstones have a more traditional price structure. Because the gemstone is abundant in nature, the price increases proportionally with the carat weight. 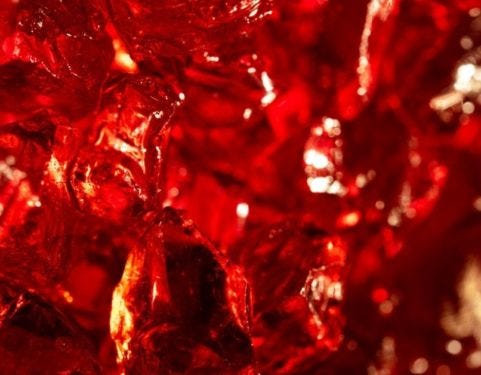 Birthstone
January Birthstone: Everything You Need to Know
Read more... 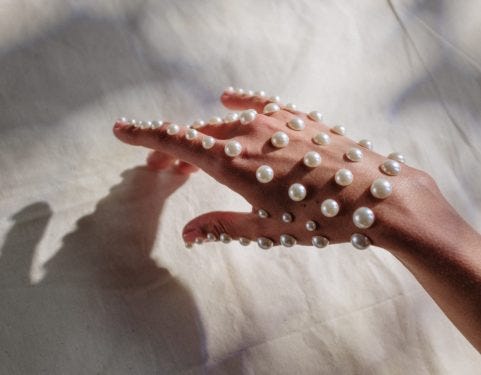