What Is the December Birthstone?

December’s birthstones represent a rich history, from intricate turquoise and striking tanzanite to classic zircon. These gemstones create timeless, unique pieces that are sure to dazzle.

Which December Birthstone Should I Choose?

The perfect December birthstone for you depends on your preferences. Each of these three gemstones offers unique characteristics. They all add style, personality, and quality to your jewelry collection.

The name “turquoise” comes from the French phrase for Turkish stone, which is pierre turquois (pronounced pee-yare turr-qwah). Historians believe that turquoise first came to Europe through Turkey, which is how this December birthstone got its name.

Since the 13th century, turquoise was believed to grant health and good fortune. Horse riders wore turquoise to prevent them from falling off of their horse.

Turquoise also played an important role in the lives of Native Americans. The Apache believed that turquoise lays at the end of a rainbow rather than a pot of gold. They also attached turquoise to bows and firearms, believing that the birthstone increased their accuracy.

Where Does Turquoise Come From?

The Nishapur district of Iran has been home to turquoise mining for more than 1000 years. Turquoise from this region is prized for its distinct color, often described as robin’s egg blue, sky blue, or Persian blue.

In the United States, New Mexico has been the biggest producer of turquoise. However, most mining of this December birthstone now exists in Arizona and Nevada.

Today, the Hubei Province in central China is the most significant worldwide producer of turquoise.

Most often worn as a ring or pendant, turquoise adds a bohemian look to any outfit. This December birthstone pairs well with all metals. Silver and white gold offer a more modern look, while rose gold and yellow gold add a vintage touch.

Turquoise is a porous gem with a 5 to 6 on the Mohs hardness scale. Thus, this December birthstone can be treated with resin or acrylic epoxy. This treatment improves turquoise’s strength and color. Turquoise can also be treated with a metal-loaded epoxy to fill any cracks. This process creates an effect similar to turquoise’s marbling.

Turquoise is typically not affected by light. However, the gemstone can discolor when repeatedly exposed to high heat. Clean your stone only with warm water and gentle soap. This will allow you to enjoy your turquoise jewelry for many years to come.

Tanzanite is a radiant gem. Its velvety hues range from intense blue to violet and can change with the light. This December birthstone also represents the 24th wedding anniversary.

Tanzanite is a newcomer to the birthstone scene. In 1967, Maasai herders found blue stones near Arusha, Tanzania. They informed Manuel d’Souza, a prospector, who quickly started mining what be believed to be sapphires. D’Souza eventually identified the stones not as sapphires but as mineral zoisite.

A year later, Tiffany & co. launched an advertising campaign all about mineral zoisite. They posed the gemstone as a competitor for the more costly sapphire. The campaign marketed the birthstone’s high clarity, richness of color, and potential for large cuts. Tiffany & Co. quickly became tanzanite’s primary distributor.

The blue stone was renamed “tanzanite” in honor of its country of origin. Tiffany & Co. also believed that “tanzanite” was a stronger name from a marketing perspective.

Where Does Tanzanite Come From?

Located in northern Tanzania, the Merelani Hills is the only place where tanzanite is currently mined. The mines exist under the shadow of Mount Kilimanjaro, which is the tallest mountain in Africa.

A study from 2012 says that the tanzanite supply is dwindling. Mining operations could deplete Block C, the largest section of mining territory in Merelani Hills, in as little as 30 years. This report caused tanzanite prices to climb. Many experts say that the current generation will be the last to purchase new tanzanite.

While slightly stronger than turquoise, tanzanite is not immune to damage. To improve the life of your tanzanite, go with tanzanite earrings or pendants instead of rings and bracelets. However, a tanzanite stone with a protective setting can make a lovely occasion ring.

Tanzanite is a 6 to 7 on the Mohs scale. It also resists the effects of light, heat, and common chemicals. However, this December birthstone can crack if exposed to extreme heat or sudden changes in temperature.

Like turquoise, clean your stone with warm water and gentle soap.

Zircon is a brilliant and underrated gem with a vibrant history. This December birthstone has historical value because of its relevance to geology and culture.

Zircon is the oldest mineral on earth and dates back 4.4 billion years. Zircon gives us a look at the past because it describes pressure changes and erosion shifts throughout the earth’s history.

The origins of the word “zircon” are unclear. The name could date back to zakrun in Arabic (which means “cinnabar” or “vermillion) or zargun in Persian (which means “gold-covered”).

During the Middle Ages, many thought that zircon would induce sleep, ward off evil spirits while sleeping, and help physical problems such as blisters, sores, and varicose veins.

This December birthstone is also one of the nine gemstones from the navaratna, a jeweled pendant representing the Hindu religion’s heavenly bodies. This powerful talisman protects against negative energies, brings good health, and amplifies the protections and gifts of each of the nine gemstones.

In more recent history, the English had a taste for zircon during the Victorian period. Many estate pieces from the time feature shades of zircon. Cloudy or smoky zircon was also a popular choice for jewelry while in mourning.

Where Does Blue Zircon Come From?

Australia’s Harts Range also mines lots of zircon and tends to produce yellow-brown, orangy-brown, pink, and purple zircon. Zircon Hill is the home of the December birthstone in Australia. Australia leads zircon production and accounts for 37% of all zircon gemstones mined today.

Mining companies often produce zircon and sapphire in similar regions because the two gems tend to develop close to each other. In addition to Sri Lanka and Australia, zircon and sapphires overlap in Myanmar, Vietnam, and Cambodia.

While zircon appears in lots of colors, blue is the most popular because it’s one of December’s birthstones.

Zircon’s strength makes it perfect for everyday wear as earrings, rings, necklaces, and more. Like with tanzanite, jewelers recommend a protective setting when wearing zircon as a ring. This is because rings experience more wear and tear than earrings and necklaces.

Zircon ranges from 6.5 to 7.5 on the Mohs scale and typically undergoes heat treatment to create various blue and colorless shades. Zircon is stable when exposed to light and heat, but these conditions can cause some gemstones to turn back to their original coloring.

Like turquoise and tanzanite, the December birthstone can scratch and should only be cleaned using a soft brush or warm, soapy water.

What Do the December Birthstones Represent?

Like the language of flowers, each birthstone sends a different message.

According to folklore, this December birthstone is a love charm. It also symbolizes good fortune and protects against harm.

Tanzanite’s meaning varies based on its color—the darker the stone, the more powerful the meaning.

Violet hues represent majesty, mystery, and magic, which are closely associated with the color purple throughout history. Darker tanzanite stones in both blue and purple also represent royalty because of the depth and richness of their color. Indigo tanzanite stones symbolize the heart, intellect, intuition, and purity.

Zircon represents the purity of the mind and a clear path to wisdom. This December birthstone also symbolizes honor and prosperity while fostering self-confidence. Also, blue zircon reminds the person wearing it of forgotten wishes.

Lighting significantly impacts how we see gemstones and can impact their color and vibrance. Depending on the type of light and time of day, the same gemstone may look entirely different.

White light or daylight in the middle of the day is mostly neutral, but each gem’s unique structure sparkles under different conditions.

Traditionally set in silver, turquoise is highly versatile and pairs well with many colors. Turquoise’s opacity and vibrance largely protect the stone from the influences of different types of light. Nonetheless, turquoise is a great choice to elevate a daytime outfit or add polish and intrigue to a night out.

Tanzanite’s color can easily change depending on the lighting. Natural light draws out the gemstone’s vibrant blue color, while artificial light can make the same stone appear violet. Keep this in mind when pairing tanzanite with other jewelry and outfits. Indoor lighting might make the stone look violet. However, an outdoor setting will play up the stone’s blue tones during the day.

Zircon’s amazing light dispersion (also known as fire) causes the gemstone to appear extra vibrant. Under white light, zircon creates a rainbow effect that makes the gemstone very bright. Wearing zircon during the day or any time you’re in the sun will double your stone’s sparkle.

Natural gemstones can have a long and unethical history, including labor exploitation and environmental damage. If you want to sport one of December’s birthstones with peace of mind, consider a lab grown gemstone.

What Are Lab Grown Gemstones?

The process of creating lab grown gemstones mirrors the process of natural gemstones. Thanks to modern technology, labs can recreate the temperature and pressure of the earth. This technology creates stones that are both ethical and beautiful.

Tanzanite does not have a lab grown counterpart and is only available as a natural stone. Tanzanite has several imitations that try to replicate its distinctive, intense blue. The most common frauds are cubic zirconia, synthetic spinel, yttrium aluminum garnet, and colored glass. Amateur gemologists can easily see which is which using an inexpensive tool called a dichroscope. 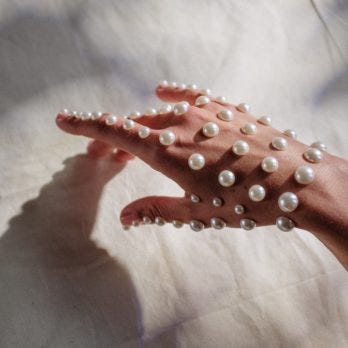 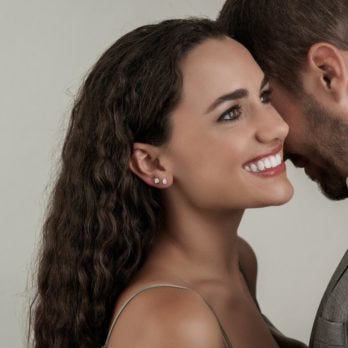 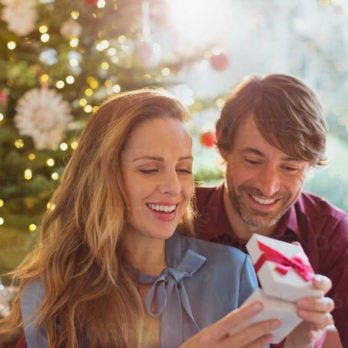 50 Best Gift Ideas for Your Wife 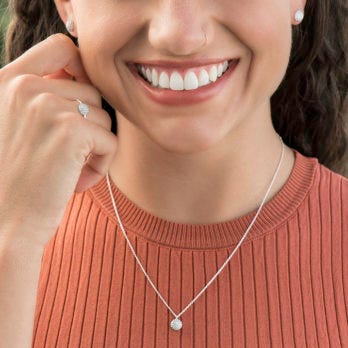 How to Choose the Perfect Necklace for Your Girlfriend 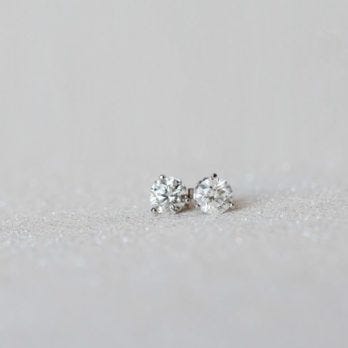 All About Big Diamond Earrings 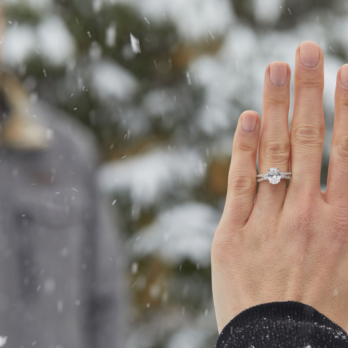 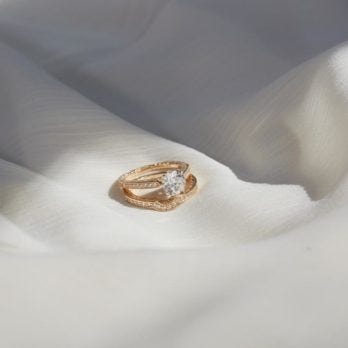 How Much Is a 3 Carat Diamond? 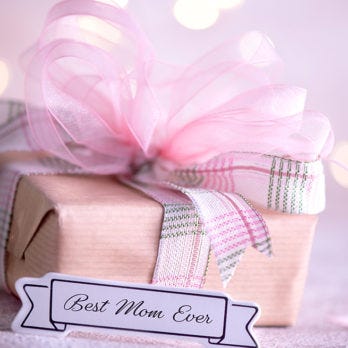 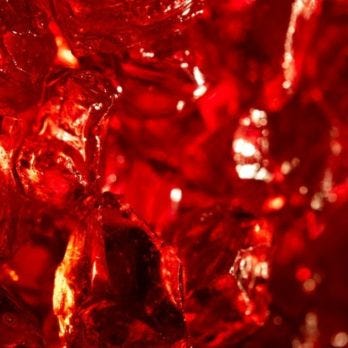 January Birthstone: Everything You Need to Know 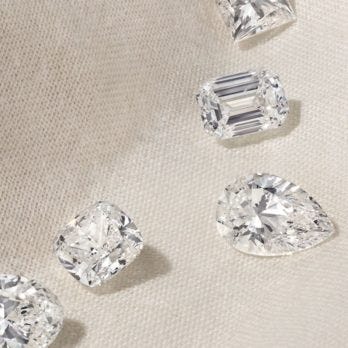 All About the April Birthstone 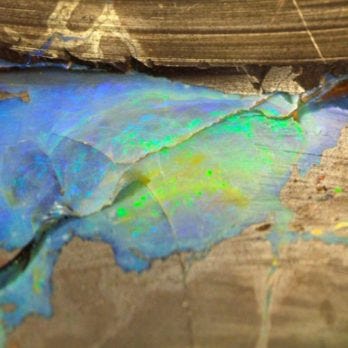 October Birthstone: Everything You Need to Know 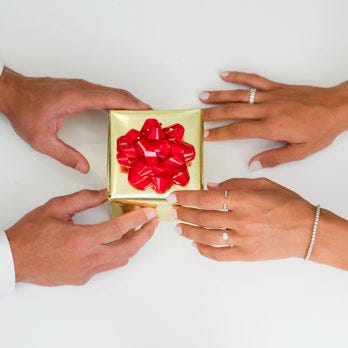 Diamond Jewelry Gifts For Her 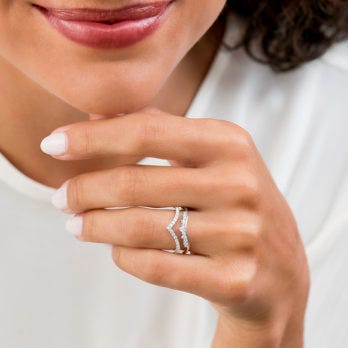 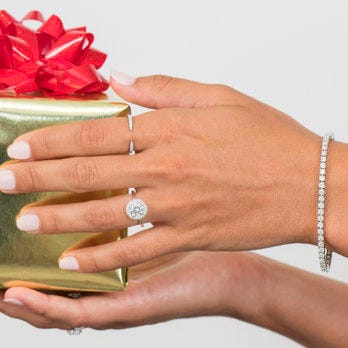 How to Choose a Diamond Anniversary Gift 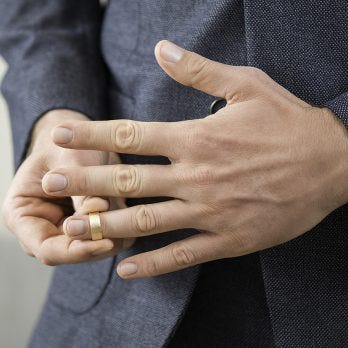 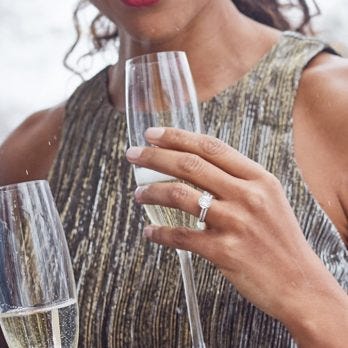 Gift Guide: Diamond Jewelry for Your Wife
We use cookies on our website to give you the most relevant experience by remembering your preferences and repeat visits. By clicking “Accept”, you consent to the use of ALL the cookies.
Do not sell my personal information.
Cookie SettingsAccept
Manage consent