Have you been keeping up with Megan Fox’s recent engagement? Or are you searching for an engagement ring and ready to take a celebrity tip? We have all the details on Megan’s new ring here for you so that you can get the scoop on the Megan Fox engagement ring.

Who is Megan Fox Engaged To?

The torrid love affair that led to Megan Fox’s engagement ring coming to be has been the focus of TikTok and the tabloids. Megan Fox and Machine Gun Kelly have been re-igniting the Tumblr lover lifestyle with their public relationship for over a year if you have not been keeping up. They have been together since the beginning of the 2020 US-wide shutdown due to COVID-19. A little over a year and a half later, and Machine Gun Kelly decided to bookend the self-described ‘frenetic period’ with a gorgeous ring.

How Did Machine Gun Kelly Propose?

Machine Gun Kelly got on one knee under the same branches they initially fell in love under. Some may have seen the TikTok video announcement (and live filming) of the proposal. The gorgeous banyan tree frames Fox and Kelly together, and Fox’s announcement on Instagram even said they drank each other’s blood after filming! January 11, 2022, was an exciting day for this couple and maybe a bit of a confusing one for the rest of us.

The lovely couple spoke to managing the intoxication from their love and the karma that brings with it. Megan Fox and Machine Gun Kelly have all of our attention between blood and angst-ridden Instagram posts and hilarious quotables from the past year.

Megan Fox’s engagement ring was custom designed by Stephen Webster and Kelly. While it presents as one ring, it is actually two halves designed to sit together. Stephen Webster helped create the two magnetic bands that make up the whole of Megan Fox’s ring, forming an obscure heart. Kelly also noted that the tradition is one ring but said that the two rings were the two halves of their soul forming.

The Thoroughbred Columbian Emerald and The Pear Cut Diamond

So what do the two bands look like? The two magnetic bands each have a twin birthstone. The first of the two rings contains Megan Fox’s birthstone in the form of a thoroughbred Colombian emerald. The engagement rings are mirrors of each other, so the other that has Kelly’s birthstone has a pear-cut diamond as its center stone. The magnets buried in the rings help create the soul forming the obscure heart that Kelly wanted to show.

The Bands Are Actually Thorns

The emerald and diamond bands can come apart but actually have thorns that draw together. This was intentional so that the ring could come apart or remain together as two halves, but Megan would have to scratch her finger to pull apart the same soul and disconnect the obscure heart. Both Megan and Kelly love the message of the magnetic bands of thorns that draw together as two halves, especially representing their love as it forms an obscure heart. Rather than a perfect heart, they wished to be represented by a change in shape. While the ring can come apart, the point is that the diamond ring hurts to remove much like it would hurt to separate parts of the same soul.

How Do I Get A Ring Like Megan Fox’s Engagement Ring?

While there is really nothing like this ring, we have a few options that might feel just like a soul forming the obscure heart. We love that the tradition is one ring, but also know that our eternity bands are the perfect way to have your rings draw together as two, just like Megan and Kelly’s!

This flowing solitaire design features two delicate intertwined strands of high-polish precious metal. The natural look provides a perfect showcase for a sparkling center stone secured by a classic four-prong setting. Fitted with a lovely heart-shaped diamond, this ring would be a perfect mimic for Megan’s.

This is an excellent option if you want a flower-like ring, but maybe not where the bands are actually thorns. The sapphires complement the diamond, much like Megan’s emerald and diamond pairing, but focusing on the flower motif is a beautiful way. 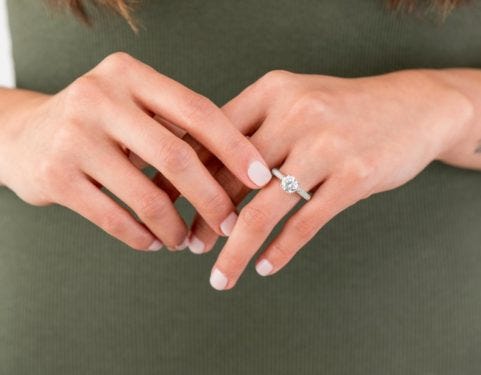 Engagement Everything Diamonds How to buy a diamond Ring Ideas
The 2-Carat Diamond Ring: Everything You Should Know
Read more... 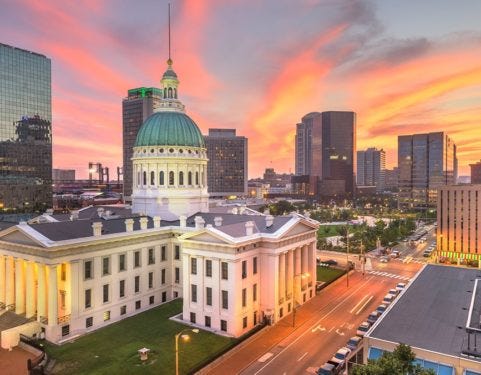 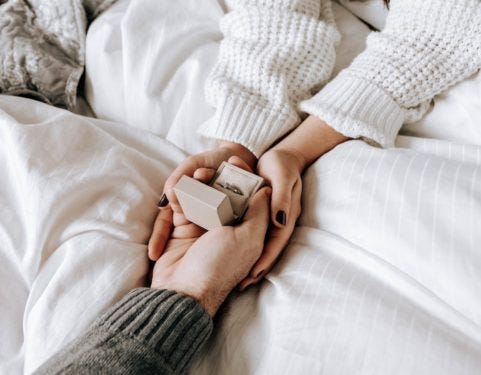 All Things Wedding Gifts
34 Thoughtful Engagement Gifts for the Couples in Your Life
Read more...