The Travis Scott-Kylie Jenner speculations are flying! Kylie Jenner, the reality star and owner of Kylie Cosmetics, recently fueled the wedding rumors. She showed off a snap of her left hand, which featured a few dazzling gold and diamond bands on her ring finger.

Does this mean Kylie and Travis Scott are engaged or secretly married? Or did Scott purchase this ring as a push present to celebrate the birth of their son?

This suspicious snap comes a few weeks after Kylie Jenner and Travis Scott welcomed a second child, their son Wolf Webster. Wolf Jacques Webster (Jacques is the given name of Travis Scott) is their second child. The couple’s daughter Stormi Webster was born in 2018.

Unfortunately, we don’t know for sure. Jenner is notoriously private about her family life. She stepped away from social media almost entirely during her pregnancies with daughter Stormi Webster and son Wolf Webster.

Jenner sparked the marriage rumors on March 17. Kylie Jenner shared an image of the kelly green Hermes purse that she wore in celebration of St. Patricks Day. However, this Instagram Story image revealed more than what designer purse she is loving right now.

Discerning fans easily spotted the stack of rings on Kylie’s ring finger. Fans took to social media. They wondered if the businesswoman and rapper got secretly married. They also speculated that this is a sign that Kylie Jenner and Travis Scott’s relationship is going to the next level with an engagement.

Dedicated fans of this reality star and Kylie Cosmetics owner will remember that this isn’t the first time marriage rumors have circulated. In November 2021, Jenner showed off the matching diamond rings that Travis Scott gave her and baby Stormi.

However, sources close to the Kardashian-Jenners dispelled the rumors that they were secretly married or engaged. Jenner shared with Harper’s Bazaar in 2020 that she and Scott “have such a great relationship” as partners and co-parents of their daughter Stormi: “[My parents] were very hands-on with me, and I want the same for Stormi.”

Now that Kylie Jenner and Travis Scott have welcomed Wolf Jacques Webster to their family, the wedding speculation that much more interesting. The star of the show in this conversation? The dazzling rings themselves.

In the photo Jenner shared on her Instagram Story, she appears to wear a diamond and gold band (possibly from Cartier) in addition to a two-row diamond band. Kylie is a lover of Cartier, so it makes sense that Travis Scott would source an engagement ring or wedding band from one of her favorite jewelers.

What this Instagram Story doesn’t reveal is what exact type of ring Kylie is wearing. Cartier lists two possible matches on their website: the Love Ring and the Love Wedding Band. Both pieces are a part of Cartier’s Love collection, which features the famous Cartier lock and dazzling pavé encrusted diamonds.

This on-again-off-again couple has seen their fair share of rumors. Kylie Jenner and Travis Scott took their relationship public during Coachella, a Palm Springs-based music festival, in 2017. They appeared publicly together multiple times throughout 2017. That year, Kylie accompanied Travis to many of his concerts across the country.

A few months later, the couple made things more permanent (literally). In June 2017, Jenner and Scott shared on their Snapchat accounts that they’d gotten matching butterfly tattoos on their ankles.

In September 2017, an anonymous source close to the Kardashian-Jenner family confirmed that the couple was expecting a child. Jenner remained out of the spotlight for the majority of her pregnancy.

Kylie Jenner and Travis Scott’s daughter Stormi Webster was born on February 1, 2018. They announced her birth by sharing a video on YouTube that documented the past nine months of this first-time mother.

Cheating Rumors and Taking a Break

After the birth of their daughter, Kylie and Travis dodged a number of rumors that Travis had cheated on Kylie. He repeatedly denied the claims. The couple continued to be seen in public together, including at the Met Gala in May 2019.

In October 2019, Us shared that Kylie and Travis were taking a break from their relationship. A source shared with Us that “Kylie still loves Travis and this isn’t considered a full breakup to either of them.” Kylie tweeted “Travis and I are on great terms and our main focus right now is Stormi” after facing rumors that she reunited with her ex, rapper Tyga.

Kylie and Travis remained committed to parenting their daughter throughout their split. Scott told XXL Magazine in his cover story interview, “Stormi is one of the best human beings I know.” He also alluded to Kylie in his interview. “The hard part about relationships is just trying to be in one without a million outside voices interfering.”

The couple chose to stay connected during their split so they could continue co-parenting their daughter. In February 2020, Us confirmed that Jenner and Scott were attempting to rekindle their love for each other after four months of separation.

Despite rumors that the two were romantically involved, members of the Kardashian family and the couple themselves insisted that they were best friends, but not in a relationship.

By June 2021, their relationship status had changed! Scott called Jenner “wifey” during an acceptance speech at the Parsons Benefit in New York City. The couple attended the event with Stormi.

Another Baby on the Way

In August 2021, a source close to the Kardashian-Jenner clan confirmed that Kylie was pregnant and expecting a second child with Travis Scott. “She has been trying for almost two years to get pregnant,” the source told Us.

Like her pregnancy with Stormi, Kylie took a step away from social media during her second pregnancy. Four days after she gave birth, the two-time parents announced that their son Wolf Webster was born on February 2, 2022; one day after his big sister’s birthday!

On March 21, Kylie announced that she and Travis decided that Wolf would no longer be their son’s name. As of the time this article is published, they have not announced what their son’s new name will be.

Get the Kylie Jenner Look

Want a ring that looks like Kylie’s? Check out these diamond-studded yellow gold bands. 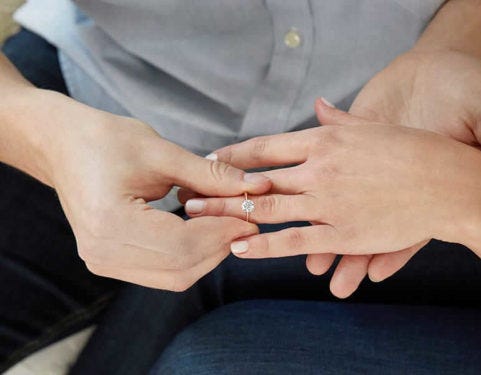 Engagement Ring Trends What is Lab-Grown?
Do Women Care If Their Diamond Is Lab-Grown?
Read more... 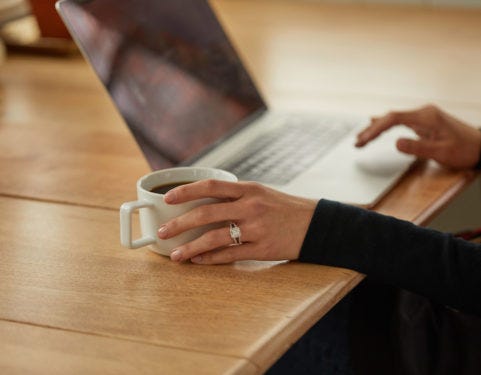 Compare Engagement Everything Diamonds How to buy a diamond
How to Save for an Engagement Ring
Read more... 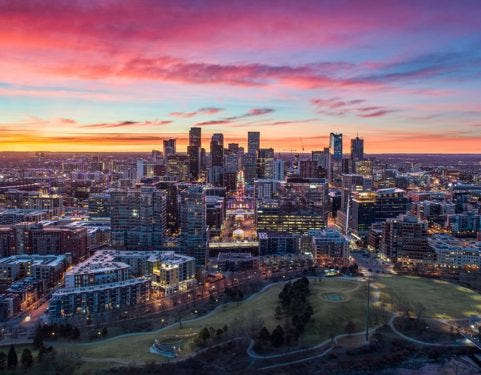