All About the Sofia Vergara Engagement Ring

Sofia Vergara and Joe Manganiello’s relationship seems like a fairytale; that’s because it is.

In May 2014, Sofia Vergara attended the White House Correspondents’ Dinner. That evening, she was with her then-fiancé, businessman Nick Loeb. She first met her future husband, Magic Mike and True Blood star Joe Manganiello, that night.

Quickly after Sofia and Nick split in June 2014, Sofia and Joe began dating. Joe allegedly asked Sofia’s Modern Family co-star Jesse Tyler Ferguson for her number. Sofia was reportedly a bit hesitant since she’d just broken up with her fiancé,

It’s clear from photos of the couple and the way they talk about each other in interviews that Sofia and Joe are very much in love. That might be the reason why they got engaged a mere six months after they started dating.

Joe Manganiello proposed to Sofia while the couple was in Hawaii. Apparently, he popped the question in their resort suite during their Christmas vacation. Sources conflict on whether he proposed on Christmas Eve or Christmas Day.

Regardless of the exact date, the beginning of their engagement was definitely a sight to behold. While Joe dropped to one knee, the picturesque mountains stood in the background just as the sun began to set.

The sweetest detail? Joe proposed to the love of his life in Spanish, which is Sofia’s native language. Joe told Haute Living in 2015, “I proposed to her on one knee in Spanish with the sun going down. It was awesome.”

Sofia and Joe’s fans didn’t get a close look at her diamond sparkler until the 2015 SAG Awards. While on the red carpet, Sofia showed off her red Donna Karan dress, nude manicure, and stunning engagement ring.

At the SAG Awards, Sofia joked to Access Hollywood reporter Shaun Robinson: “You know with me it’s all about the bling-bling, so he knew what I needed. I opened [the ring] up and I checked it to see, and then I was like, Yes!.’ No, I’m joking. He’s so handsome that I would have said OK, anyway.”

Sofia’s engagement ring is the epitome of sparkle. The center stone is a cushion-cut diamond that dazzles from afar and from close up. A halo setting surrounds the center diamond, and pavé diamonds encrust the platinum band.

While experts aren’t certain about the exact qualities of the engagement ring, many estimate that the center cushion-cut diamond is between five and seven carats.

As of 2022, the jeweler who made the engagement ring hasn’t come forward and neither Joe nor Sofia have shared that detail. This makes it hard to estimate the cost of the ring. However, given the carat weight, clarity, and setting of her engagement ring, experts estimate that Sofia’s ring costs around $500,000.

Also, the shape and facets of the center stone give these diamond engagement rings a crushed-ice appearance at first sight. This effect makes the diamond look even more brilliant and sparkly.

Capture the showstopping opulence of Sofia Vergara’s ring with the Grand Dolce Vita Ring. This Italian-inspired ornate halo features glittering lab-created diamonds surrounding the center stone, and a stunning pavé band made with your choice of precious metal.

For a ring truly fit for royalty, look no further than the Duchess Ring. A sparkling halo of hand-set lab-created diamonds encircles and adorns the center of this stunning ring. Spectacular prong-set stones grace the band and complete a stunning look.

The phrase “less is more” definitely doesn’t apply when it comes to diamonds! The Nova Halo Ring is the perfect example. This augmented diamond halo and its band of stones will take your breath away. It contains more than 1 full carat of lab-created diamonds.

Engagement rings should represent the person who wears them, and this ring is all about the glitz and glamour. Delicate pavé stones surround the cushion-cut center diamond. Intricate lattice metalwork and a diamond-encrusted white gold band make this ring a true showstopper. 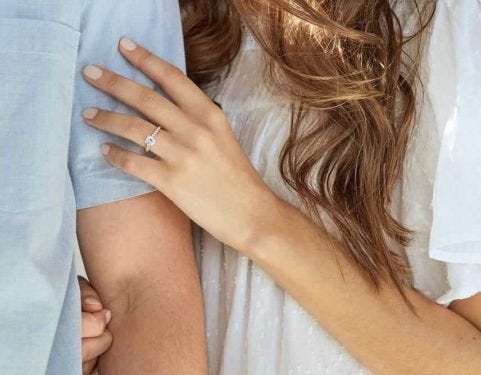 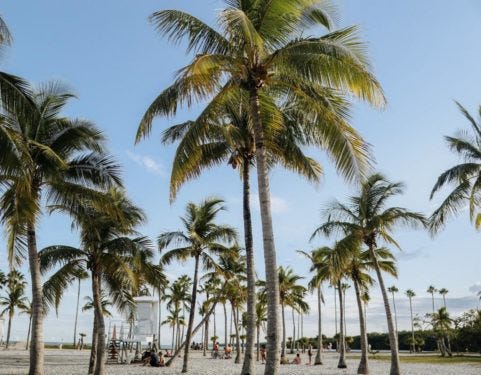