The store will not work correctly in the case when cookies are disabled.
Go Back To Your Ring Cancel

If you’re searching for a mined diamond alternative, you’ve likely heard of both lab-grown diamonds and moissanite. And, although they’re both great options compared to a mined stone, it’s important to identify their differences and similarities so that you can make an informed decision about which gemstone is right for you. Here, we take a closer look at moissanite vs. lab-grown diamonds. 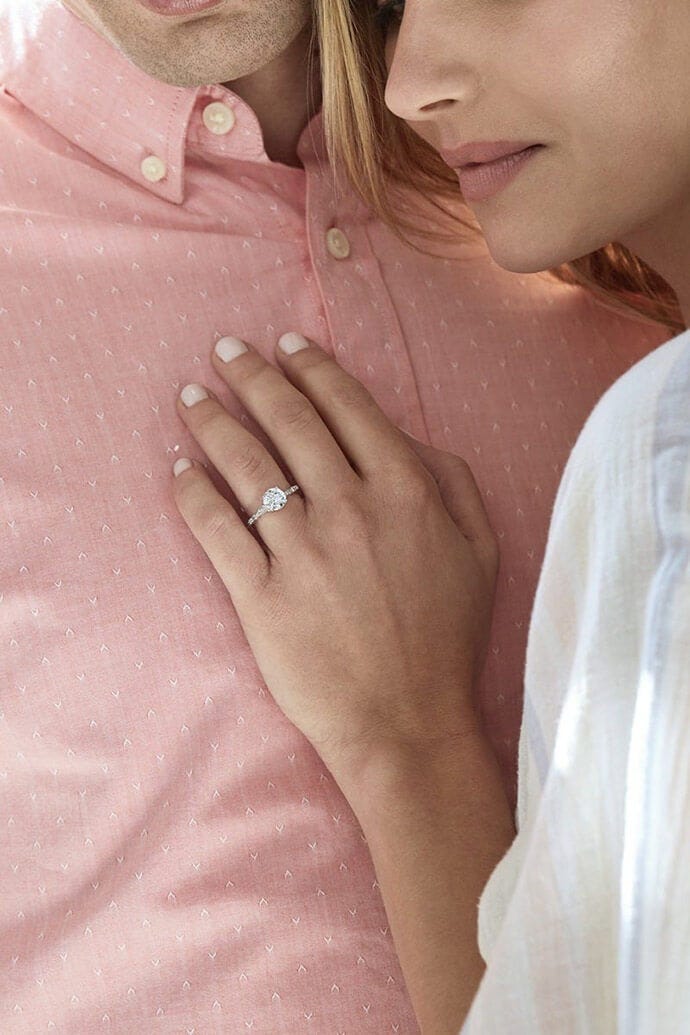 Made from the mineral silicon carbide, Moissanite is commonly used as a diamond alternative in jewelry due to its shimmering appearance, durability, and lower price tag. But the history behind this mineral is quite fascinating.

In 1893, French scientist Henri Moissan, discovered Moissanite while examining samples of rock that came from a meteor crater. At first, he believed that the crystals were actually diamonds. Considering the extremely close hardness level of moissanite and diamonds, this prediction wasn’t implausible. However, in 1904 he eventually realized that they were in fact made of silicon carbide and not carbon. Later in Moissan’s career, he won a Nobel Peace Prize for “his work in isolating fluorine from its compounds” and eventually the mineral version of silicon carbide was named after him.

How is moissanite made today?

Unfortunately, silicon carbide is extremely rare. In fact, it has only been found in a few various environments, including meteors, the Green River Formation in Wyoming, and sometimes even as inclusions inside diamonds. Due to this rarity of naturally occurring silicon carbide, all products made from this mineral today are created using a lab-created synthetic version.

Although moissanites are not diamonds, they do have their own benefits and are the diamond alternative of choice for many individuals.

For couples that are extremely cost-conscious, moissanites can be a great gemstone choice for a forever ring or just for a temporary stone in an engagement ring. In general, moissanites are only priced on their size and if they are Premium or Super Premium (the latter appearing more colorless, rather than yellow). For reference, an average round 8mm (about the size of 2 carats) moissanite would cost under $2,000.

As mentioned above, moissanites also have a very high rating on theMohs scale of hardness. Just 0.75 below a diamond, this gemstone is extremely durable and a great option for someone who either does a ton of work with their hands or doesn’t plan to remove their ring for activities such as working out. However, they’re simply not quite at the same level as actual diamonds. To get a better feel for how moissanite rings hold up in actual use, research “moissanite vs. diamond” reviews online.

For a more detailed look at moissanite vs. lab-grown diamonds, side-by-side comparisons can help you see where the major differences lie. Here are the facts you should know about each, and how they stack up against mined diamonds.


Made from Silicone Carbide 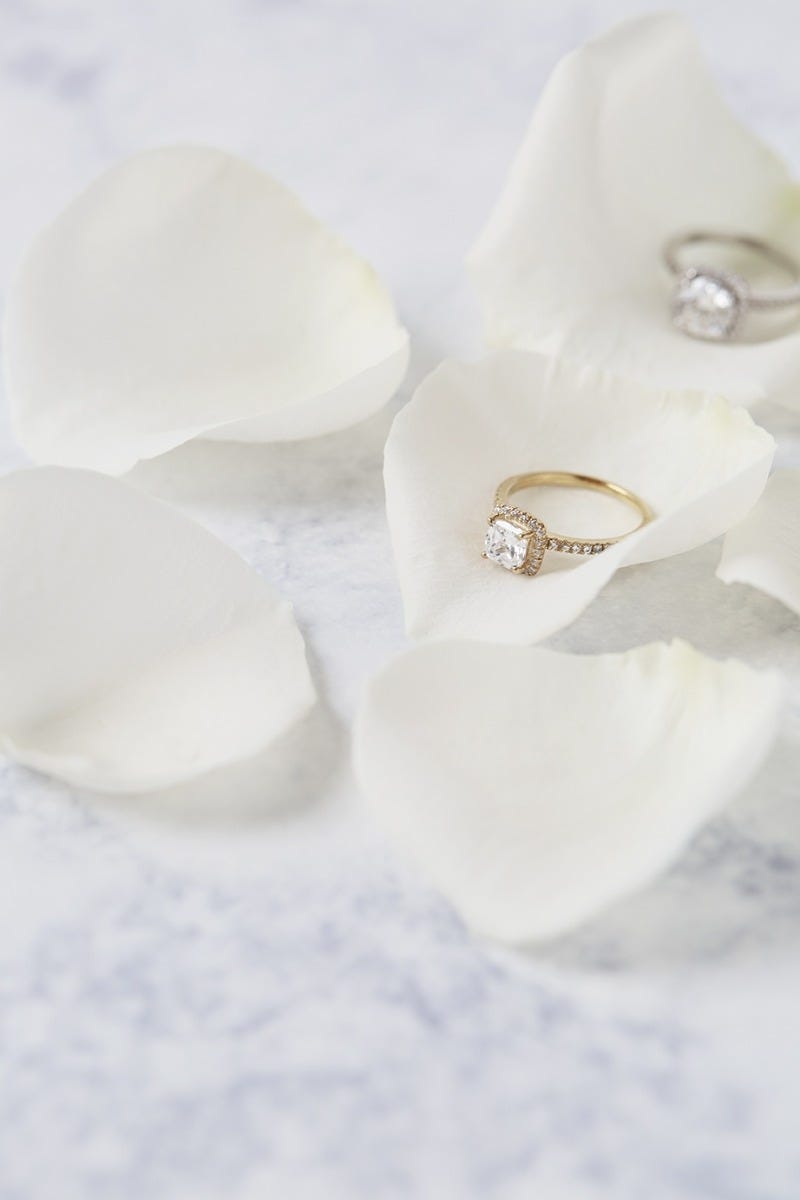 What is a lab-grown diamond?

A lab-grown diamond is a mined diamond alternative that is grown in a lab using cutting-edge technology. With the same chemical, physical, and optical characteristics as a mined diamond, lab-created stones are identical to those grown beneath the earth. These are real diamonds, with the same range of cut, clarity, color, and carat weight that you’d find among mined diamonds. In fact, the only physical difference is where they were formed.

Other than their origin, lab-grown diamonds have a few distinctions from mined diamonds that are seen by many as huge benefits.

To start, they’re the only way to ensure a 100% ethically sourced diamond. Even with the regulations that have been put in place to help with many of the negative practices of the mining industry, there is still no way to be absolutely sure your mined diamond was sourced as it’s advertised to be.

Lab-grown diamonds are also a great step in the green direction. Compared to mined diamonds, lab-grown stones are the more environmentally friendly option. For reference, a study showed that 1 carat of mined diamonds creates nearly 100 square feet of disturbed land and almost 6000 pounds of mineral waste. On the other hand, lab-grown diamonds result in just 0.07 square feet of disturbed land and only 1 pound of mineral waste for the same carat size.

Finally, man-made diamonds can be anywhere from 20-40% less expensive than mined diamonds. For couples that are looking for a more affordable option, but still want a diamond, this is the best choice.

In general, moissanite is a great option for couples that have a really tight budget but still want a sparkly gemstone capable of scattering light. However, it’s important to note that moissanite is a completely different mineral than a diamond. The only mined diamond alternative that still has the same chemical composition is a lab-created diamond.

if you aren’t happy

Your precious package is

All our lab grown

We’ll help you get it just right