Paraiba Tourmaline 101: Everything You Need To Know

The paraiba tourmaline is one of many colored stones in the tourmaline family. But what makes this recent find distinct from other tourmaline varieties? Here we will discuss this rare gem, its origins, and why it is so special.

What Is Paraiba Tourmaline?

Paraiba is a tourmaline variety that comes from the batalha mine in Paraiba, Brazil. Brazilian gem prospector Heitor Dimas Barbosa discovered it in the late 1980s. It is special because it has a distinct blue color comparable to crystal clear tropical waters.

Many colors of tourmaline crystals come from Brazil. But Dimas Barbosa’s find rocked the colored gemstone world. No one had seen anything like it prior.

What Makes Fine Green Tourmaline From Paraiba So Special?

Before Dimas Barbosa found the first paraiba tourmaline, tourmaline stones were available in every color of the rainbow. But none came close to the vivid neon blue and green of paraibas that seem to glow from within.

With so many colors of tourmaline gemstones available, scientists wanted to know what makes the paraiba tourmaline different. What gives them their bluish green hues? The answer is copper.

The color in tourmaline gemstones comes from a mix of manganese, chrome, iron, and vanadium. But trace elements of copper (specifically copper mixed with manganese) are what give paraibas their signature blue glow.

Prior to the paraiba tourmaline, there were no known tourmaline gemstones that contained copper.

How To Identify Paraiba Tourmaline

You can identify a paraiba by its color. Tourmaline comes in a range of colors, patterns, and effects (like watermelon tourmaline, chrome tourmaline, black tourmaline, and cat’s eye tourmalines). But only paraibas fall in the range of neon blue, bluish green, or greenish blue.

There are many terms that describe these colors, including mint green, neon green, and sky blue. And while paraíba tourmalines can be more expensive than any other gemstone, they don’t all have the same value.

Why Is the Paraiba Tourmaline One of the Most Expensive Gemstones?

Paraibas are one of the most expensive gemstones because of their neon color. They are also pricey because of the high demand for them. In fact, some paraiba tourmalines can cost upwards of 5 figures per carat. But in order to get that price, they have to be the right color.

The cut and quality factors of a paraiba are also important for determining its price. However, a few eye visible inclusions are fine as long as the color is right. This is because color carries the most weight when it comes to value–even more than clarity.

Are All Paraiba Tourmalines Expensive?

No, not all paraibas are expensive. Blue paraibas cost more than green or blue green, and neon blue stones fetch the highest prices. Along with their distinct blue color, they should also have strong color saturation and a medium tone.

Neon blue colored stones tend to have a secondary green hue, which is fine. Slight green secondary hues will not affect the stones price. As for paraibas that are pink, violet, and purple, they are not as in demand and don’t cost as much.

Demand for paraiba tourmalines was at one point too high. So high that supply could not keep up. Around 2000, tourmaline that is nearly chemically identical to paraibas from Brazil was found in Africa; first in Nigeria in 2001, then in Mozambique in 2005.

Both discoveries yielded beautiful tourmalines, but they were not the exact same as those found in Brazil. To begin with, the tourmaline from Nigeria is stunning. But it’s not as color saturated as Brazilian paraiba.

Paraibas from Mozambique have a color range of neon blue to green blue, and even violet hues. But they are larger than Brazilian paraiba and tend to have less inclusions.

The Laboratory Manual Harmonisation Committee (LMHC) stepped in and agreed on “paraiba tourmaline.” Since then, it has been the standard name for the neon blue gem no matter where it comes from.

How Rare Is Paraiba Tourmaline From Brazil?

Very rare. Even though paraibas also come from Africa, they cannot match the intense blue and neon green stones from Brazil.

Brazilian paraibas are harder find. They are also smaller than other tourmalines. Paraibas from Brazil are usually no larger than one carat because they tend to be fragments of larger stones. They also cost more than paraibas from Nigeria and Mozambique because they have more vivid color saturation.

Cleaning paraiba tourmaline is simple. Just clean them as you would any other gemstone. Use water, gentle soap, and a soft brush. Gently scrub your tourmaline with the soft brush and soap, then rinse and dry with a soft cloth.

Never use harsh cleansers, ultrasonic cleaners, or steam cleaners to clean your paraiba tourmaline. Vibration and heat can cause liquid inclusions in the tourmaline to expand and shatter. When a paraiba shatters it can’t be fixed.

And while excess heat can cause damage, not all heat is bad for tourmalines. Heat can enhance their appearance when it is applied properly.

Some tourmalines receive enhancements to brighten them. One of the more common enhancements is heat treatment.

Heating a paraiba can make darker stones (like dark blues, purples, and violets) a lighter blue. It brings them closer to the more popular vivid blue that they are known for. This is done all of the time and without affecting their value.

Either enhanced or unenhanced, the beautiful and intense neon blue of the paraiba tourmaline is unrivaled. Their rare color, the very unusual conditions under which they are formed, as well as modest supply, will keep them in demand for years. Anyone lucky enough to have one of these precious gemstones owns a unique piece of art crafted by nature. 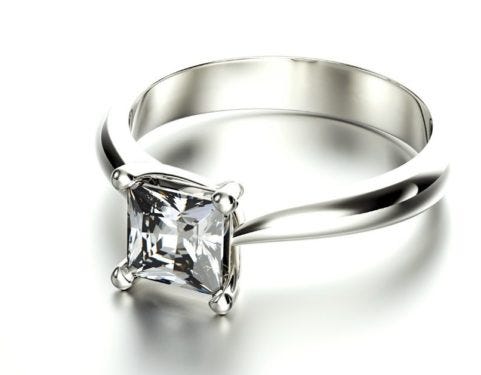 Accessories Engagement Ring Trends What is Lab-Grown?
What is Moissanite?
Read more... 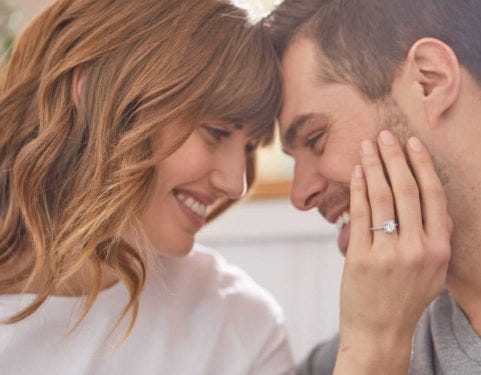 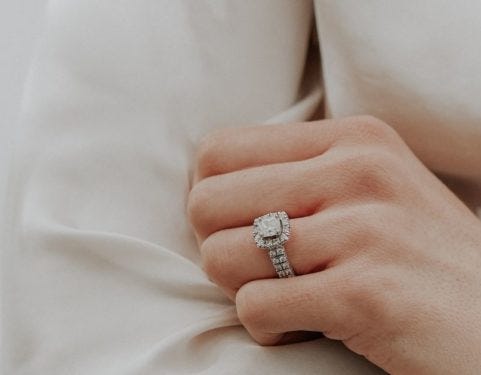 Engagement Everything Diamonds How to buy a diamond Ring Ideas
The 8 Carat Diamond Ring Guide You Need To Read
Read more...