On Saturday, July 11, 2020, Victoria and David Beckham’s 21-year-old son Brooklyn announced he had become engaged two weeks prior to 25-year-old Nicola Peltz, an American actress who grew up in Westchester County, NY.

Of course, everyone knows the family that Brooklyn was born into — his popstar mother Victoria Beckham, AKA Posh Spice, was part of a hit girls pop band called the Spice Girls.  And his father, David Beckham, was a superstar of an English football player who played on the teams of Manchester United, Real Madrid, and the L.A. Galaxy.

Nicola is known for her work in The Last Airbender, The Bates Motel, and a series of other productions.  Her father is also a very well-known and extremely wealthy businessman who owns an alternative investment management fund in New York called the Trian Fund Management.

This gorgeous couple only made their relationship ‘Instagram official’ about six months ago when Brooklyn posted a photo for his now fiancé’s birthday. And now, after less than a year of dating, the pair have decided that they want to spend forever together!

All About The Ring

Now for the best part, the engagement ring!  The stunning rock appears to be an emerald-cut diamond that could be worth almost a quarter of a million dollars!  Experts have said the ring could be anywhere from 4.5 to 5 carats and estimations on the price have ranged from $125,000 to $250,000 for the classic solitaire setting on a gorgeous thin band.  It’s been reported that Brooklyn paid for the ring completely with his own money and had no help from his well to do parents.

Some other famous women who have shocker emerald-cut engagement rings like Nicola are Jenifer Lawerence, Amal Clooney, and, of course, Jennifer Lopez.  The only begging question left is whether or not Brooklyn will carry on his father’s tradition of giving his wife-to-be a new engagement ring almost every year as a birthday or anniversary gift.  Victoria Beckham is known to have 14 other engagement rings besides the one that she was originally given by David when he first proposed.

Here is the shot that was released by both Brooklyn and Nicola when they announced their engagement to the public.  Even though it is not an up-close shot of the ring, it is certainly not difficult to see considering how big it is!  A very sweet and fun fact about this pic is that it was apparently taken by Brooklyn’s nine-year-old sister, Harper Seven.

With an emerald-cut diamond and a pave band, it’s fairly easy to replicate the look of this gorgeous engagement ring. Here are some of our top Clean Origin picks!

Connecting today’s simple, minimalist design with old-world scrollwork, this vintage ring will sparkle from every angle. Pair it with a 2-carat emerald-cut diamond for the perfect Nicola look.

A graceful row of channel-set lab-created diamonds rises up the cathedral shoulders of this timeless and classic engagement ring.

Add even more sparkle with our Contessa Ring. Thirty-two handset lab-created diamonds grace the band of this scintillating and elegant ring rising to perfectly frame your center stone.

If you are looking for a replica of this ring but want it cleanly made and not mined, then check out our undeniable emerald-cut diamonds, here! 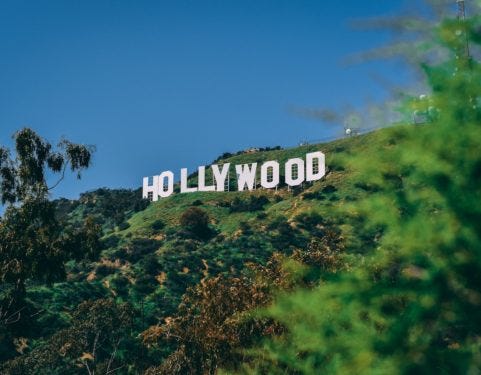 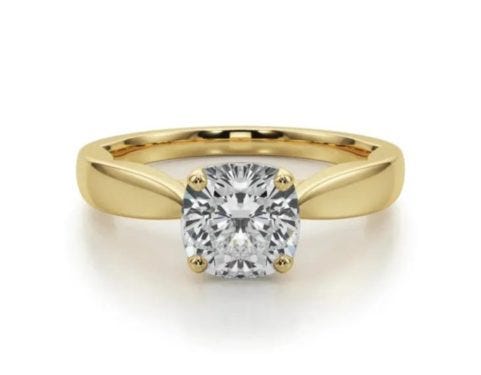 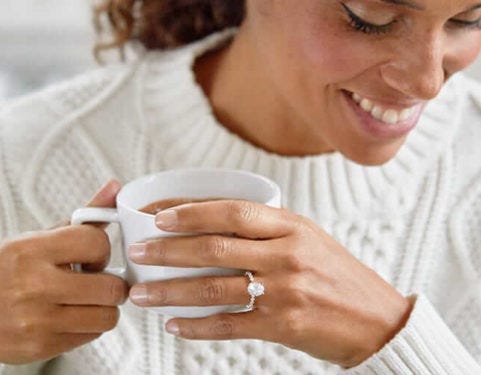