All About the April Birthstone

The diamond is mesmerizing and glittering, an eye-catching April birthstone people have loved for centuries.

And if you are lucky enough to have an April birthday, you can claim a diamond as your birthstone. From the Middle Ages to modern times, diamonds have a fascinating history that spans the world.

In different cultures, a diamond was more than a birthstone. It was a rare gem that provided mental clarity. People believed diamonds possessed healing powers. In ancient times, people wore diamonds as protective gemstones. Additionally, they wore diamonds to deflect the evil eye. People also wore diamonds to protect against physical harm.

The word “diamond” comes from the Greek word adamas, meaning “invincible,”–an appropriate name since diamond is the hardest natural material found on earth.

Throughout history, diamonds have been markers of wealth. They were a source of inspiration for fashion. They were also a symbol of strength and the center of conflicts.

The History of Diamonds

Before diamonds were the modern birthstones for April birthdays, most came from India. Gathered from rivers and streams, diamonds were a status symbol available only to the wealthy.

One of the oldest surviving diamond rings contains stones originating from India. It has a pink sapphire center stone flanked by two small diamonds. Even though its purpose is unknown, we know an artisan crafted it about 2,000 years before the discovery of diamonds in Brazil.

By the 1400s, fashionable European elites wore diamond jewelry stones sourced from India. In the 1700s, miners sifting through gravel for gold on Brazilian riverbanks discovered diamonds. From then on, Brazil was the dominant source of diamonds and specialized in diamond mining for well over 100 years.

For centuries only the wealthy classes could afford diamond jewelry. However, sometime in the late 1700s, wealth redistribution made diamonds accessible to more people. The next issue was the lack of supply to meet a growing diamond demand.

In the 1860s, miners discovered diamonds in South Africa and other African nations. In fact, this discovery is considered a turning point for diamond supply-demand. The largest diamond ever found came from South Africa’s Premier Mine. It is colorless and known as the Cullinan diamond (and the Great Star of Africa).

The Asschers of Amsterdam were the expert diamond cutters of the time. The Asschers cut nine large stones from the original Cullinan diamond. After that, they assigned the diamonds the numbers I-IX. Stones I and II were set in the Sovereign’s Sceptre with Cross and Imperial State Crown.

The royal scepter and crown remain part of the Crown Jewels today. And since 1661, they have been stored at the Tower of London. They are currently on public display and are possibly the most viewed historical items in Britain.

According to the Gemological Institute of America (GIA), Ancient Romans used wedding rings to symbolize mutual love and obedience as early as 200 BCE. However, the engagement ring did not become prominent until 850.

Pope Nicholas, I stated engagement rings indicated a man’s intent to marry. These early rings typically did not have diamonds or other precious gemstones set in them. In fact, they were simple and made from gold.

The first recorded use of a diamond engagement ring did not appear until 1477. Archduke Maximilian of Austria proposed to Mary of Burgundy with a diamond ring. It was set with long, narrow diamonds in an ‘M’ shape.

No one knows where the blue Hope Diamond originated. However, it may come from the Kollur mine in India’s Golcanda mining area. Trace amounts of boron give the Hope diamond its blue color.

The story of this notorious blue diamond is full of tragedy. Some believed it to be a cursed diamond–making it the one April birthstone that probably would not protect its wearer from the evil eye! The curse of this infamous gemstone is associated with the French gem merchant Jean-Baptiste Tavernier. Legend claims Tavernier stole the stone from a statue of the Hindu goddess Sita during a visit to India.

When Sita’s worshippers realized the diamond stone was missing, they placed a curse on the person who stole it. From then on, anyone who touched the stone became the victim of an unfortunate fate. There are many accounts throughout history of Hope Diamond victims. Some notable ill-fated figures who came into contact with the blue diamond include:

These victims are just a few examples. There are likely many more than history accounts for. You can see this ruinous diamond stone on display at the Smithsonian Institution if you want to tempt fate.

Blue diamonds are one of a few colored-diamond alternatives; diamonds come in a world of brilliant colors to suit any taste. You can have your April birthstone jewelry in colors including blue, orange, yellow, pink, brown, and even green. The colored diamond is, in fact, experiencing a growth in popularity–and not just among diamond-lovers born in April.

If you wonder whether lack of clarity in a colored stone negatively affects its value, the answer is: not always. The most valuable (and rarest) colored gemstones are highly saturated blue, pink, and green diamonds. If you have an April birthday but do not care to have a diamond, you have options to consider.

While not considered a traditional birthstone for April, another option is the beautiful opal. Known for its play of color that produces a chameleon-like effect, opal shifts between blue, yellow, green, and more. This unique and exciting gemstone would look beautiful set in earrings or even a pendant.

No matter which April birthstone you choose, learning how to care for your jewelry is important. Certain pieces, like rings, receive more wear and tear throughout their lifetime. Regularly check for loose prongs to ensure you don’t lose any stones.

Some stones, like sapphire or anything from the quartz family, are almost as hard as diamonds. Diamond, sapphire, and quartz can easily withstand more wear and tear. Opal is a softer stone and better suited for earrings or pendants.

The easiest way to clean your birthstone jewels is with mild soap and warm water. Then, soak them for 15-20 minutes, then gently scrub with a soft-bristled brush. Never use harsh cleansers. They can cause damage to gemstones and even some precious metals.

Ultrasonic jewelry cleaners are popular but may potentially loosen prongs, so use them with caution and check for loose stones afterward. Always opt for warm water and soap when you can.

Many gorgeous gemstones represent the month of April. Diamond birthstones are among the most precious. To think that a few carbon atoms under extreme pressure and heat could produce something so stunning is incredible!

You are now a little more familiar with these fabulous gems, and you hopefully have a better appreciation for them. It doesn’t matter if you choose a traditional or modern April birthstone. You will be delighted by it for years to come.

Our diamonds are 100% ethical, lab grown diamonds held to the highest possible standards. Are you interested in April birthstone diamond jewelry? Check out these attractive options. Are you an April baby looking into engagement rings with some color? Our sapphire engagement rings are stunning. Find them here. 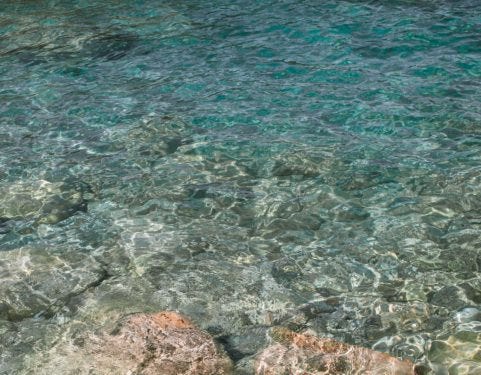 Accessories Birthstone
What Is the December Birthstone?
Read more... 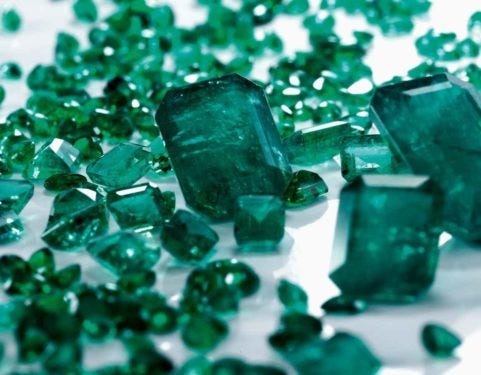 Birthstone
What to Know About the May Birthstone
Read more... 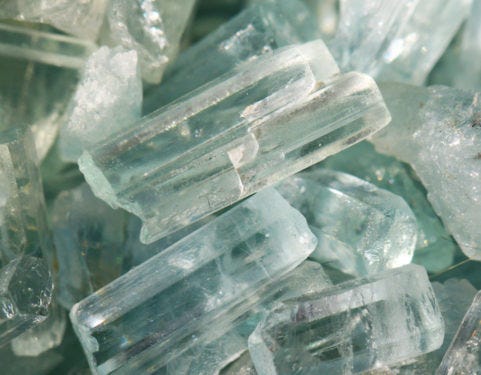 Birthstone
All About the March Birthstone
Read more...