The Most Expensive Diamond in the World

What’s the most expensive diamond in the world? The answer to that question isn’t as simple as you might think.

Diamonds can be pricy, especially when you’re shopping for the perfect diamond engagement ring. After all that shopping, you may be curious about the most expensive diamonds in the world.

From blue diamonds to yellow diamonds and white diamonds, the rarest diamonds can sell for millions and millions of dollars. In the vast diamond industry, there are many diamonds that stand out for their flawless character and uncanny size.

Where Do Diamonds Come From?

Diamonds form deep in the Earth when carbon experienced intense temperature and pressure. They can take anywhere from days to millions of years to form. This is a geological process, so naturally, all diamonds are not created the same.

Once the diamonds form, diamond mining companies extract, cut, and polish the diamonds. Then, they’re ready to sell as set diamond jewelry like engagement rings or diamond pendants.

There are some steps like cutting and polishing a rough diamond that can change the value of the diamond, but most of a diamond’s value comes from its natural characteristics. Since we can’t control how diamonds form, diamonds with near-perfect qualities are very rare.

How Are Diamonds Priced?

Several factors relating to their characteristics determine diamond prices. The most important factors for diamond pricing are cut, color, clarity, and carat weight. The better the rating on each of these scales, the more expensive the diamond.

Scales for determining a diamond’s value and pricing are extensive and can be complex. Check out our guide to diamond pricing for more details on cut, color, and clarity grades.

Carat weight refers to how much the diamond weighs. This measure is also usually related to size. Diamonds with a larger carat weight are bigger and rarer.

Generally, diamond engagement rings feature a diamond of 0.5 to 2 carats. In comparison to the diamond on your engagement ring, the most expensive diamonds in the world can be more than one hundred times that size!

Diamonds themselves are not super rare. However, not all diamonds are of gem quality. Finding diamonds that are large and have no flaws is difficult.

Another reason mined diamonds are expensive is labor. The process of extracting diamonds from mines is very lengthy and labor-intensive. Many hands have to touch a diamond before it is ready for sale. This drives the price up.

The World’s Most Expensive Diamonds

There are a number of diamonds in the world that have become famous due to their extraordinary qualities. The most famous diamonds are very large and internally flawless. Many of them are colored diamonds as well. Experts estimate the worth of these expensive diamonds, but they often don’t agree on the exact value.

Learn more about these famous historical gemstones and why they’re impossible to price.

Also referred to as The Mountain of Light Diamond, diamond experts often say that this diamond is the most expensive in the world. This diamond is one of the largest in the world, currently weighing 1065.6 carats.

It was first found in a mine in India thousands of years ago. Then, the diamond made its way through various Indian regimes. When Great Britain annexed India, the diamond ended up as part of the British Crown Jewels.

Prince Albert cut the 186 carat stone to its current weight. The British Royal Family has passed it down from family member to family member. It’s currently is on display at the Tower of London as the central diamond of the Queen Mother’s Crown.

The Sancy Diamond is a pale yellow diamond and weighs 55.23 carats. The diamond’s cut, which is the shape of a shield, is unusual based on Western standards. The unique diamond supposedly once have belonged to the Mughals, but the uncommon shape suggests it’s of Indian origin.

The Louvre purchased the diamond in 1978. Visitors can see the brilliant stone on display in the Apollo Gallery.

The Cullinan Diamond is the largest rough diamond ever discovered. When Frederick Wells found it in 1900s South Africa, the diamond weighed 3,106 carats. Then, Joseph Asscher & Co cut it into nine separate diamonds.

The largest cut became the Cullinan I, weighing 530.2 carats. Cullinan I is the largest clear-cut diamond in the world. The Cullinan I or Great Star of Africa is part of the head of the Sovereign’s Sceptre with Cross.

The Cullinan II or Second Star of Africa now resides on the front of the Imperial State Crown. All nine diamonds from the Cullinan belong to the Crown Jewels of Great Britain.

In 1791, the diamond was stolen during the French Revolution. Dutch jeweler Wilhelm Fals recut the diamond into the 45-carat Blue Hope Diamond we know today.

Harry Winston bought the diamond in 1949 and donated it to the Smithsonian Institution, which displays the diamond at the National Museum of Natural History. The Smithsonian insures the Hope Diamond for $250 million.

The diamond is a blue diamond and has a cushion cut. It weighs 45.52 carats. There is a legend that the Hope Diamond is cursed because of the misfortune it brought upon its previous owners.

The De Beers Centenary Diamond has the highest color grade as a colorless diamond. This is one of the largest externally and internally flawless diamonds. It is the third-largest diamond from the Premier Mine in South Africa.

The Centenary diamond weighed more than 500 carats before a team of jewelers cut it down to 273.85 carats. While we don’t know its exact value, the diamond is insured for over $100 million.

Sotheby’s is a multinational fine arts corporation that organizes auctions and sales for art, jewelry, and other collectibles. Many of the most expensive diamonds in the world have been sold at Sotheby’s auctions for millions of dollars. The price tags of these diamonds show you just how much they’re worth.

Chow Tai Fook Enterprises bought the Pink Star in 2017 for $71.2 million. Mined in 1999, the Pink Star took almost two years to cut. Now it is also referred to as the CTF Pink Star. It is the most expensive diamond that is considered a pink diamond.

The Oppenheimer Blue Diamond was once owned by Philip Oppenheimer which is where its name comes from. It held the world record for the most expensive diamond sold at an auction in 2016 for $50.6 million.

The Pink Star has since surpassed this record, but the emerald-cut blue diamond is still brilliant as the largest fancy vivid blue diamond at 14.62 carats.

The Blue Moon of Josephine

A post shared by A diamond a day… (@mydailydiamond)

Graff purchased this 24.78 fancy intense pink diamond in a 2010 auction for $46 million. It has an emerald cut with a platinum setting. The ring has two pear-shaped diamonds on either side of the Graff Pink Diamond. Celebrity collector Harry Winston previously owned the diamond before selling it in 2010.

The Princie is a fancy intense pink diamond weighing 34.65 carats. As one of the largest pink diamonds in the world, Christie’s sold in New York in 2013 to an unknown buyer.

This pear-shaped blue diamond has a clarity grade of internally flawless. Two small pear-shaped diamonds flank the center stone. It sold for $23.8 million.

Many collectors seek out blue and pink diamonds, but pure orange diamonds or fire diamonds are also extremely rare. This diamond weighs 14.62 carats and costs $35.5 million at Christie’s Geneva Magnificent Jewels sale in 2013.

It is the largest orange diamond with no overtone colors. The colored diamond has an exceptional color and clarity grade.

The Most Expensive Diamond Engagement Ring

Don’t let the most expensive diamonds in the world scare you away from buying a diamond for your partner! There are plenty of affordable options for a diamond engagement ring that don’t cost millions.

The most expensive diamonds highlighted in this article are massive and have enormous carat weights. Most diamonds featured in diamond jewelry are within the 0.5 to the 2-carat range, which makes them more budget-friendly.

In addition, an internally flawless diamond is going to cost significantly more than a diamond with small imperfections.

When you’re shopping for affordable diamonds, these imperfections are invisible to the naked eye so you can save money on a less perfect diamond.

Where to Buy Cost Effective Diamonds

If you’re searching for the perfect engagement ring, check out the styles at Clean Origin for a beautiful ring that doesn’t cost an arm and a leg. Clean Origin diamonds are lab-grown which makes them less expensive and more ethical than mined diamonds. Check out all the options here at Clean Origin. We hope you find the perfect diamond for you! 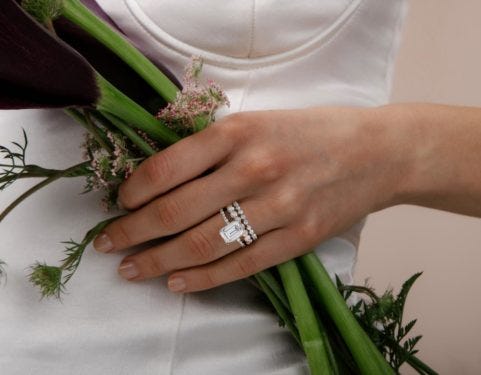 Engagement Everything Diamonds How to buy a diamond
What Is a Carat? What To Know When Ring Shopping
Read more... 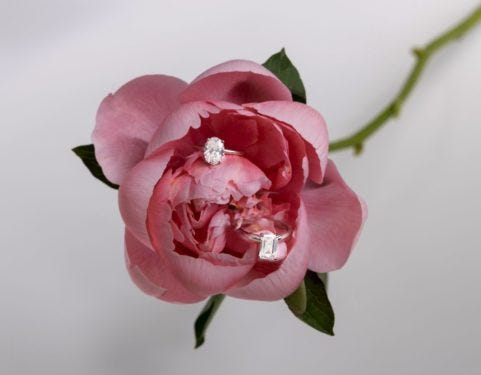 Everything Diamonds How to buy a diamond
What Is Diamond Polish?
Read more... 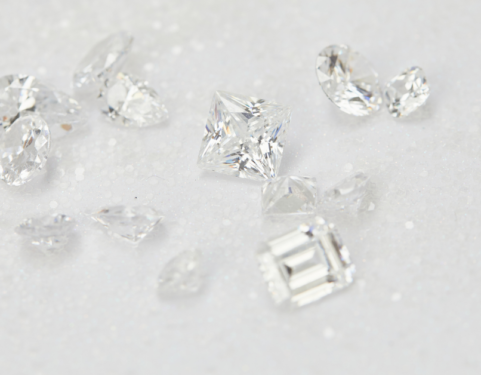