VVS Diamonds: Everything You Need to Know

Do you know what VVS diamonds are? When shopping for diamond engagement rings, you may have heard about the diamond 4C’s: cut, color, clarity, and carat. And while most of these are all relatively self-explanatory, the clarity grade can be a bit less clear.

Not to fear, we’ve explained everything below; including what makes VVS diamonds so great and why it may be worth it to purchase one. But before we start, let’s review what diamond clarity is.

What Is Diamond Clarity?

Clarity is an attribute of the diamond that determines how clear it is. All diamonds have natural imperfections called inclusions or blemishes, and these occur when the diamond forms. When discussing what differentiates flawless diamonds from VVS diamonds, you have to know how inclusions are created within them.

How Are Inclusions in Diamonds Created?

Diamonds are created when a carbon seed is compressed by intense heat and pressure. But sometimes after the diamond forms and begins to cool, tiny mineral grains present during formation become encased in it.

Blemishes form in the case of a gem cutting machine chip or other inclusion. As a general rule, inclusions are always internal to the diamond. Blemishes are always external.

The more perfect the diamond’s clarity, the less noticeable blemishes are to the naked eye (this is often called eye clean). A higher clarity diamond also equals a higher quality diamond.

Are Inclusions Ever Desirable?

Yes, there are times when inclusions visible to the naked eye are desirable. Usually, this is due to the cut of the gem. Diamonds with step cuts like the emerald and asscher-cut highlight its clarity (or lack thereof). In these cases, a high clarity stone is still much more preferable than a lower clarity.

With certain stones, like emeralds, inclusions are common. In fact, if you were to ever come across one without inclusions it would likely be fake. Because of this, inclusions found within emeralds are desirable. They speak to its authenticity.

How Is Diamond Clarity Graded?

The Gemological Institute of America (GIA) grades diamond clarity on a scale that ranges from included to flawless. Describing clarity was not a standardized practice before this scale existed.

Oftentimes, jewelers used terms like “loupe clean” or “pique.” But since these standards weren’t accepted worldwide, there was confusion about how clear a diamond was.

The GIA introduced its Clarity Scale in 1953, and it contains eleven total categories. They include:

A clarity of Included will have obvious inclusions under 10x magnification. There are also often visible flaws. Diamonds with an Included I, II, or III score will cost less thanks to these imperfections.

Slightly included diamonds have inclusions that are noticeable under 10x magnification but not obvious.

Very Slightly Included (VS1 and VS2)

A Very Slightly Included diamond will have inclusions that are observable under 10x magnification as well. However, unlike SI diamonds, VS1 diamond inclusions can only be observed with effort and a trained eye. VS1 inclusions are very often called minor inclusions.

VVS1 and VVS2 diamonds are the next logical step up from VS1. With a VVS diamond, the inclusions are still there. But they are so small that it is difficult for a certified grader to see them through 10x magnification. VVS2 diamonds have marginally more imperfections than the VVS1 diamond.

VVS diamonds are the beginning of the highest grades on the clarity scale.

Internally flawless diamonds have no inclusions visible at 10x magnification but may still have blemishes.

Flawless diamonds are just that, flawless. This clarity grade is the highest grade that a diamond can score. It is both internally and externally flawless with zero inclusions and blemishes.

When Is a Higher Clarity Preferable?

As described above, a higher clarity diamond is preferable when you’re looking to invest in one that has step-cuts. This is because step-cuts offer a direct view inside the diamond.

A higher clarity grade may also be desirable if other categories of the 4C’s aren’t as important. If you aren’t too concerned about the size but want to prioritize color, cut, and clarity, it makes sense to consider internally flawless diamonds.

VVS diamonds are the optimal balance of diamond clarity. To the untrained observer, a VVS diamond will appear eye clean and flawless. However, because of its position on the clarity scale, you can buy a VVS diamond for a fraction of the cost of a Flawless Diamond.

What Are the Pros and Cons of VVS Clarity Diamonds?

Much like everything else in the world of diamonds, there are both pros and cons to buying a VVS diamond.

As one of the highest clarity grades available, VVS diamonds appear as if they are internally flawless. Loose diamonds can perfectly accentuate delicate engagement rings or necklaces with their sparkly and clear visual appearance.

VVS Diamonds Will Cost Less Than IF or FL Diamonds

Because a VVS diamond has a lower clarity grade than an Internally Flawless or Flawless diamond it is more affordable. Thus, you can prioritize other aspects of the ring that are important to you, like setting, carat weight, or cut quality.

VVS Diamonds Can Be Expensive

Although they aren’t as expensive as Flawless diamonds, a VVS diamond can still cost you. If you do not need to prioritize diamond clarity, it may be worth it to buy a lower-graded diamond to save money.

What to Keep In Mind When Shopping for VVS Diamonds

If you decide a VVS diamond is the perfect match for your needs, there are a few things to keep in mind when you buy one.

Decide What Level of VVS Diamonds You Prefer

There are two grades for VVS diamonds, VVS1 and VVS2. Although the difference is small, VVS2 diamonds are lower clarity with very small inclusions.

When it comes to clarity, ask yourself if you mind having a VVS2 diamond over a VS1 diamond. Again, this depends on the type of cut you want to buy. Prioritize clarity with step-cuts if you can. But if you’re looking for a brilliant cut you may be able to be more flexible with the clarity grade.

Consider the Other C’s

Remember that there are three other C’s involved when it comes to pricing and viewing a diamond. Take the time to consider what you feel is the most important C. You should also decide on what aspects you’re willing to negotiate.

If clarity is important to you, search for VVS grades or higher. However, if you want to purchase the biggest diamond possible or highest-graded cut, maybe seek other clarity grades.

Buy What You Love

A VVS diamond is a perfect choice when prioritizing both clarity and price. At Clean Origin, we have a large selection of VVS diamonds in various shapes, colors, and sizes. We promise you will find something you love! Because at the end of the day, love is all that really matters. Everything Diamonds
Met Gala 2022: Get the Look
Read more... 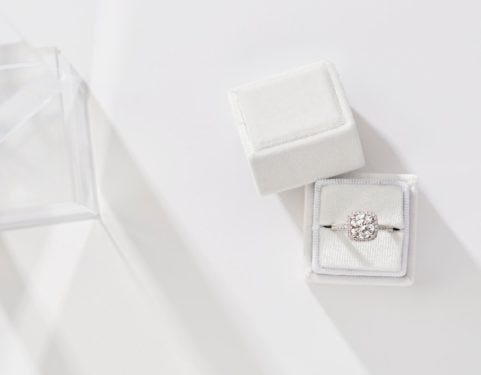 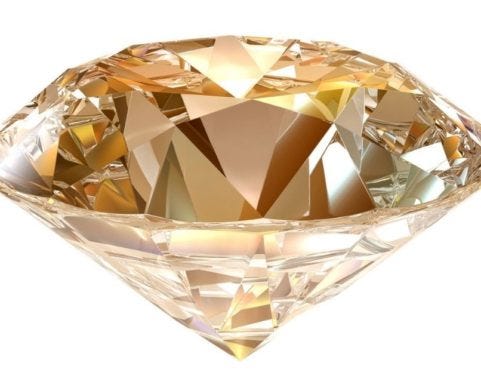 Engagement Ring Trends Everything Diamonds How to buy a diamond Ring Ideas
Champagne Diamonds: Everything You Need to Know
Read more...