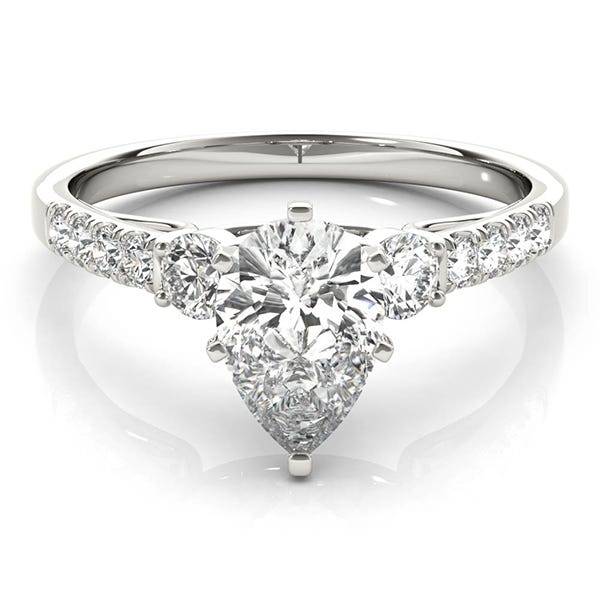 Art Deco engagement rings are the perfect match for a daring leading lady. Defined by the artistic symmetry that was popular in the Roaring Twenties (and is poised to be just as relevant in the 2020s), these stunning rings feature one-of-a-kind geometric bands and settings. No matter the cut of diamond you choose, a striking Art Deco band will add glamour to your loved one’s engagement ring (or wedding band).

Pair an eye-catching Art Deco band with a round-cut diamond for a blend of the traditional and the cutting-edge. Or, you can combine an Art Deco style band with a cushion-cut stone for the ultimate statement piece. Whichever diamond you choose to crown the band, you’ll be sure to have a vintage stunner on your hands. 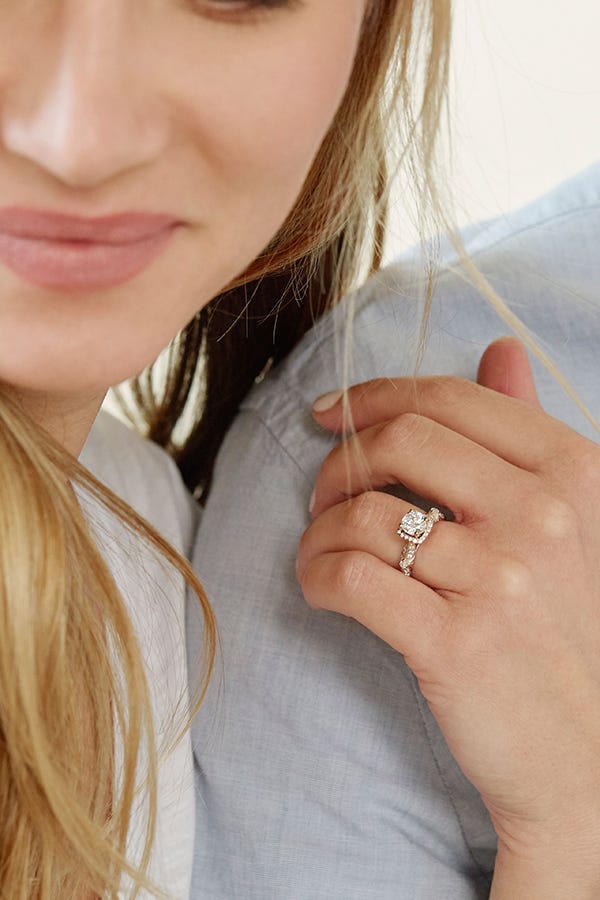 Simple Vs. Showy — While all Art Deco engagement rings feature geometric designs, they still come in a wide range of styles. Look through your loved one’s jewelry to determine whether she will prefer a simpler ring with only a hint of Art Deco design, or if she will want a dramatic statement piece.

Halo Or No Halo — If you’d like a larger carat diamond but don’t have a lot of extra money to spend, an Art Deco engagement ring may be the solution. Art Deco engagement rings often feature halos, since they are always symmetrical. These halos can add extra carat weight to her diamond ring without making a large dent in your wallet. A halo will also create the visual illusion that her rock is bigger than it actually is.

Color Conundrum — In the Art Deco period, diamonds weren’t as popular for engagement rings as they are today. Instead, these rings often featured stones like sapphires and rubies alongside diamonds. To bring that color back into your Art Deco diamond engagement ring, opt for a yellow or rose gold band. This will allow you to stick with a diamond, while still bringing a pop of color to the ring. 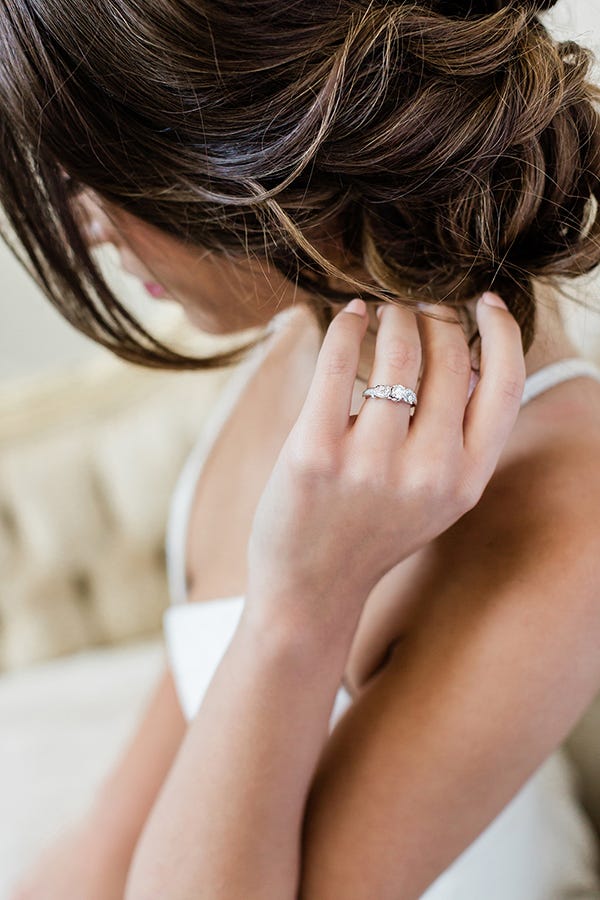 The Art Deco design movement appeared just before World War I and developed into a popular style in the 1920s and 1930s. The movement influenced everything from buildings to cars and jewelry to radios. Art Deco combined modernist trends with rich materials and meticulous craftsmanship, representing luxury and glamour. Its name, short for Arts Décoratifs, comes from the Exposition internationale des arts décoratifs et industriels Modernes (International Exhibition of Modern Decorative and Industrial Arts) held in Paris in 1925.

Art Deco and Edwardian style engagement rings are very similar because they both use intricate geometric settings and shapes, often on Platinum bands. Edwardian jewelry is from the 1900-1915 era, and is named after King Edward 7th, of England. The complex designs were elegant in appearance, which led jewelry design into the Roaring Twenties when Art Deco jewelry took over in popularity until the late 1930s. There are some common differences between the two styles. For example, Edwardian design commonly incorporates many small diamonds on a large band, while white gold and colorful gems are reminiscent of the Art Deco era.