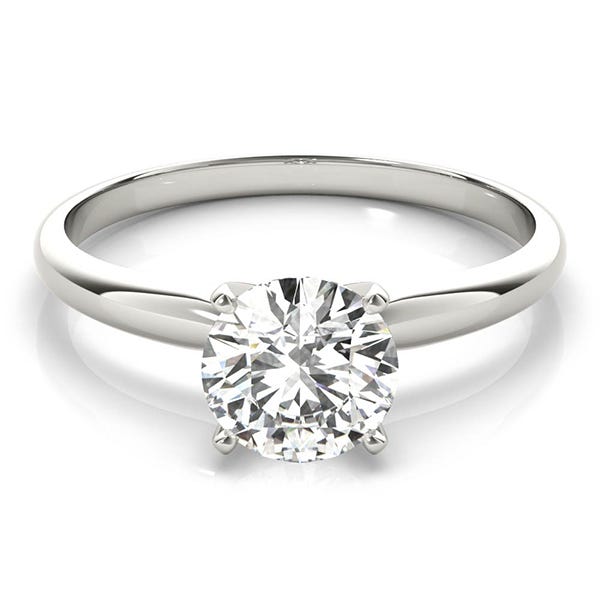 Featuring by far the world’s most popular diamond shape, the timeless round cut engagement ring (also called round engagement rings and circle diamond engagement rings) will always be en vogue. These classic stones are popular thanks to their clean elegance and style that lasts through the ages. Brilliant faceting ensures maximum sparkle, so your significant other won’t be able to tear her eyes away when she sees her beautiful gift. Round-cut diamonds stand out in a simple solitaire or are complemented beautifully by a shining halo setting.

Within our comprehensive collection of round engagement rings, you’ll find a variety of options to suit your loved one’s style — and your budget. Shine the spotlight on her refined center stone with a setting from our Halo, Classic, Vintage, or Solitaire collections, creating a sparkler that your significant other will immediately fall in love with. Clean Origin offers round engagement rings in 18k and 14k yellow, white, and rose gold, as well as platinum. 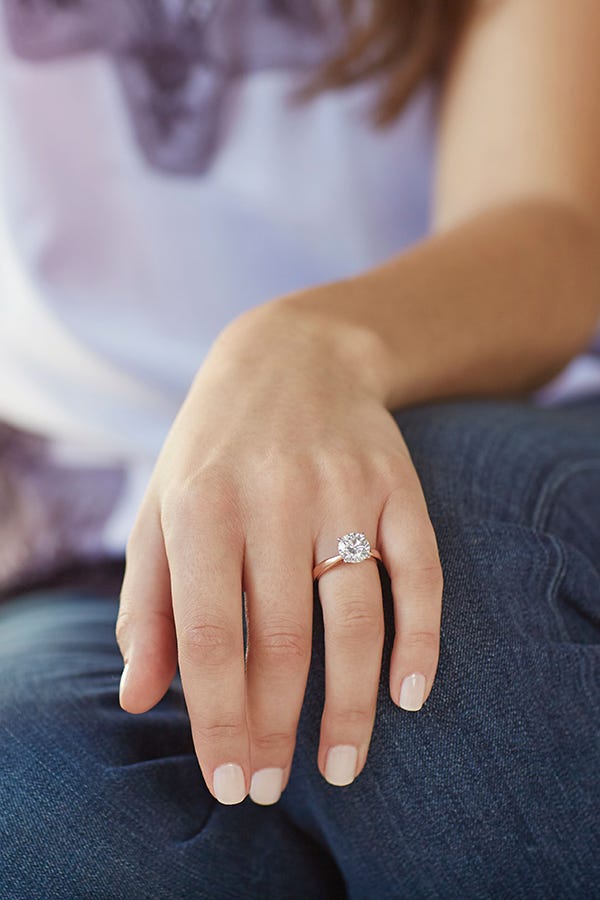 Tips For Buying a Round Engagement Ring

Think About Style — A round engagement ring can work for any woman’s style. If your loved one prefers sleek clothing and accessories, a round-cut diamond in a solitaire band will suit her well. If she prefers wearing timeless styles with her own quirky touch, consider adding a vintage setting to the mix.

Level Up For Little Cost — If your budget allows you to purchase only a small diamond, consider enhancing it with a halo setting. Surrounded by smaller, sparkling diamonds, the center stone will appear larger than its carat weight — and won’t cost nearly as much as upgrading to a larger diamond. 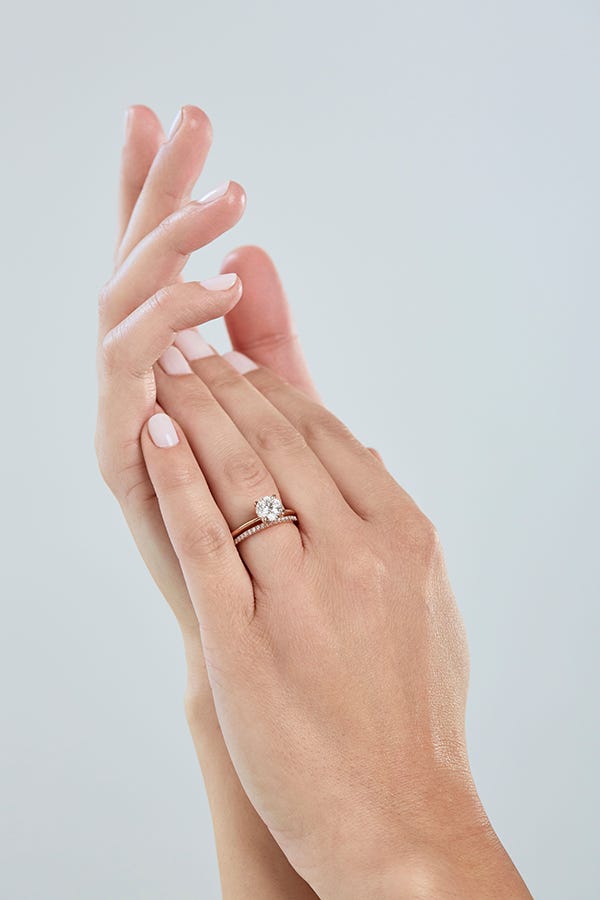 Completely circular shapes weren’t possible until the diamond bruting (cutting) machine was invented in the late 1800s. Then, diamonds could be cut into a circular shape rather than a cushion shape, which was one of the most popular cuts of the time. Jewelers called the first round diamonds “European-cut diamonds,” and they were much different from the round brilliant diamond cuts that are so popular today. Although they weren’t nearly as brilliant as modern round diamonds, European-cut diamonds were very popular with jewelers, since the cut wastes little of the original diamond. Over the last thirty years, round brilliant cut diamonds have become the most popular diamonds available, and with good reason — simple yet elegant, these diamonds suit nearly any style.

Mila Kunis — A gift from husband Ashton Kutcher, Mila’s special engagement ring is kept securely in a lockbox. It’s no wonder, as the five-carat round-cut diamond set in a solitaire Tiffany’s band is worth $250,000.