They're best-sellers for a reason. 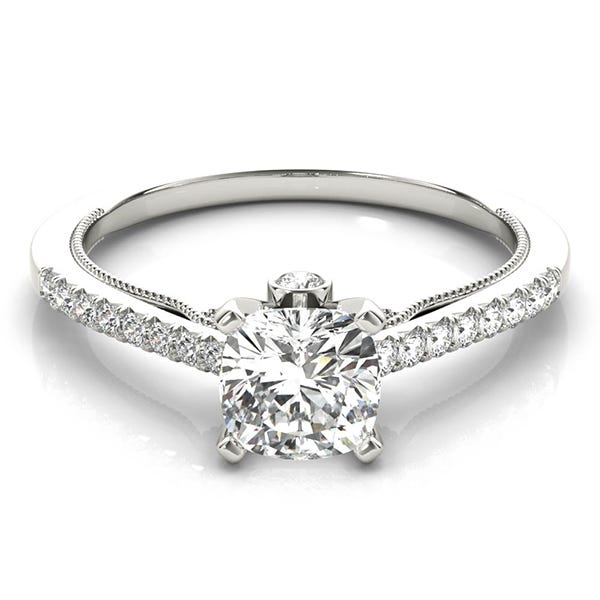 Timeless and feminine, cushion-cut diamonds are one of the most popular choices for engagement rings — and have been for centuries. Cushion-cut engagement rings feature large facets that maximize brilliance, along with rounded angles that create a soft, romantic feel. A popular choice for vintage-lovers and the more modern-minded alike, one of these beauties will make the perfect offering of love.

Versatile as they are gorgeous, cushion-cut diamonds stun, whether they’re in one of our intricate halo settings or left to shine alone in a solitaire. Cushion-cut engagement rings are also popular for their ability to sit nicely with a wedding band, making them perfect for bridal sets. 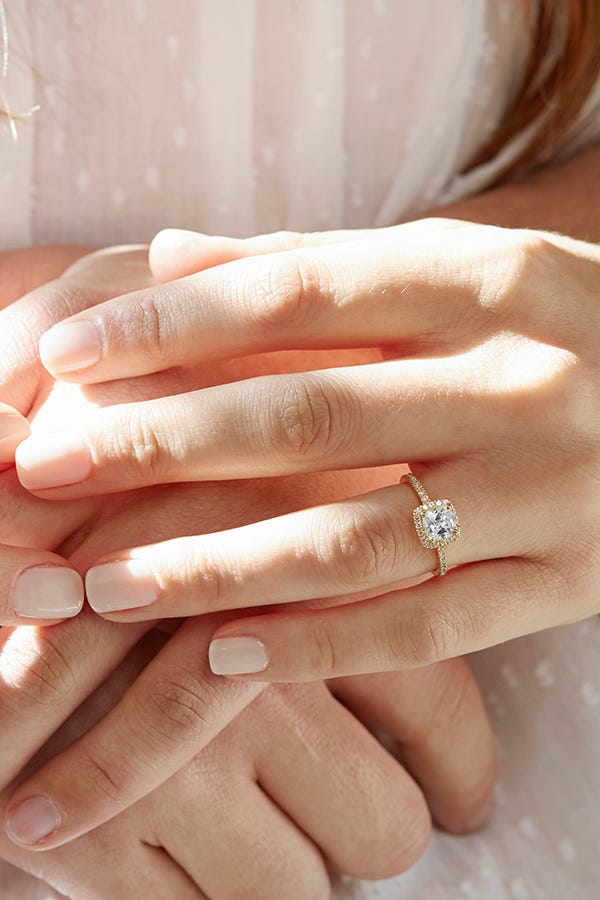 A cushion-cut engagement ring is a timeless classic mostly because of its effortless simplicity, but that does not mean that you don’t still have a few decisions to make. Here are some of the things to look for when customizing your cushion-cut diamond engagement ring, as well as some advice for making sure you are happy with your jewelry.

Chunky or Crushed Ice? — When you look down into the table of “chunky” cushion-cut diamonds, you’ll see clearly defined facet patterns. This resembles the look that a round diamond achieves, and is often called an “antique” cushion cut. When you look down into “crushed-ice” cushion-cut diamonds, you will see what looks like broken glass (or crushed ice)— disorganized, sparkling bling. Either style will look gorgeous on your lady’s ring finger, but it’s up to you to decide which look you prefer.

Clarity — A cushion-cut diamond can be tricky when it comes to clarity. If you’re partial to a crushed-ice cushion, that style will hide most inclusions. If you’re interested in the antique look, which is clearer, you may want to go for more clarity. But, like always, let your eye—and heart—guide your decision.

Color — More than most diamond cuts, especially round-cut diamonds, cushion-cut diamonds retain their color. If you’re planning on setting your diamond in white gold or platinum, stick to H color or higher—for other types of bands, play it by eye.

Square or Rectangle? — Although the traditional cushion-cut diamond has a length-to-width ratio of 1.00 (a square), they can be found in rectangular shapes as well. Currently, the 1.1–1.2 length-to-width ratio is popular, though you should let you and your significant other’s personal jewelry preferences dictate your final choice. 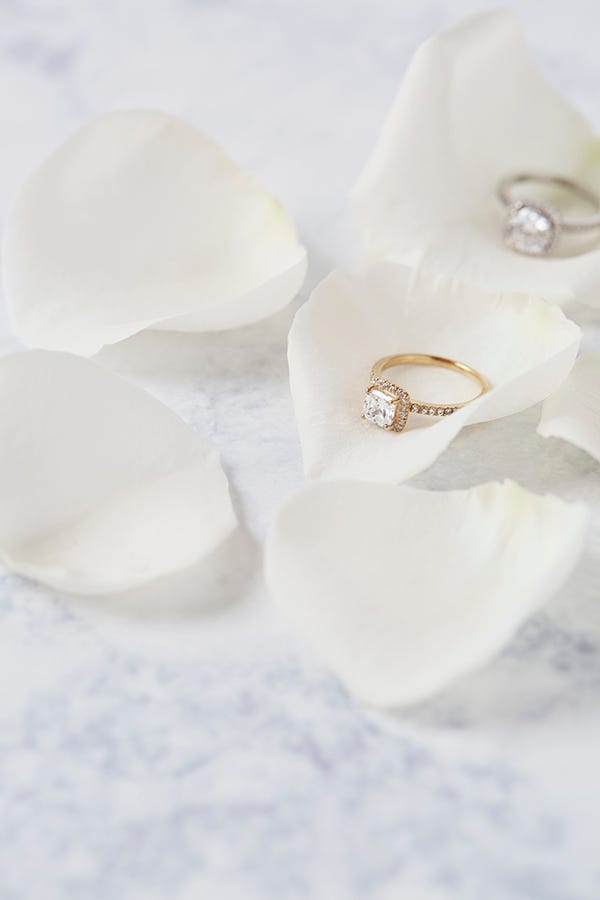 Originating from an antique cut called the “candlelight diamond,” the cushion-cut has been around for nearly 200 years—and was the engagement ring cut of choice for a century. In the nineteenth century, because of its popularity, the cushion-cut was not limited to diamonds; most gemstones were cut in the eternally adored shape.

Over time, cushion-cut diamonds went through various changes, such as improved brilliance, a larger table, and a smaller culet. Originally, cushions lacked the standards of modern cuts, so they came in many variations, but all sharing the same basic structure. These “mine-cut” cushion diamonds eventually gave way to the modern cushion-cut that we know and love today. These updates have helped the cushion-cut diamond retain an antique yet modern look — one that makes cushion-cut engagement rings simply timeless.

Miley Cyrus — While Miley’s relationship status has been a mystery for a while now, the ring Liam Hemsworth gave to her is definitely a stunner. The 3.5 carat cushion-cut diamond rests in a 18k yellow gold band that features delicate art nouveau details.

Leighton Meester — A gift from husband Adam Brody, Leighton’s 4 carat, cushion-cut diamond is surrounded by a halo of smaller diamonds. Leighton’s timeless diamond is jazzed up by a trendy rose gold band.

Gabrielle Union — Gabrielle’s 8.5 carat, cushion-cut diamond was a gift from hubby Dwyane Wade. Estimated to cost $1 million, the ring was created, with Dwayne’s input, by Jason of Beverly Hills.

Meghan Markle — Prince Harry’s stunning gift to Meghan features a 3 carat, cushion-cut diamond—but that’s not all. He also included side diamonds that belonged to his mother, Princess Diana. With that royal influence, the ring is worth anywhere from $500,000 to $1 million.