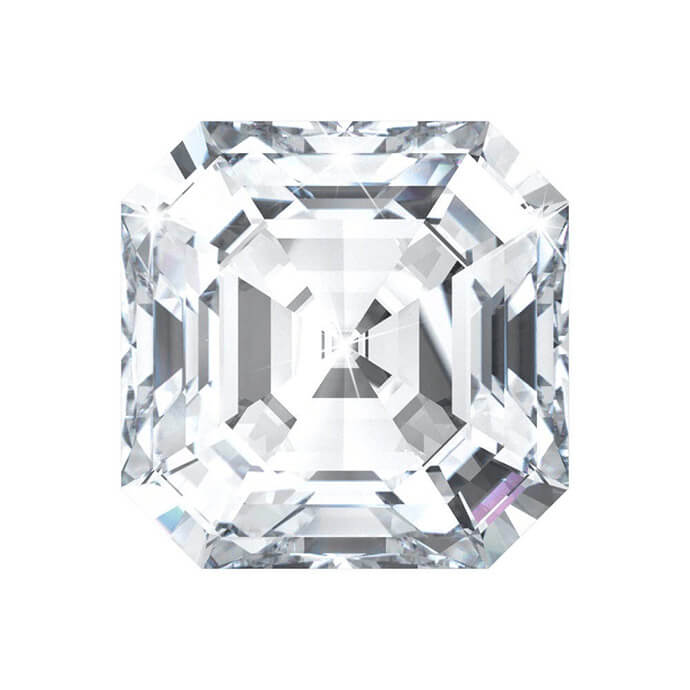 While not as well known as its more famous ‘cousin’ the emerald cut, the Asscher-cut diamond has a long history. Dating back to 1902, this diamond was first created by Joseph Asscher, a diamond cutter, who aptly named the diamonds’ cut after himself. Asscher’s design was step cut and square shaped, but with faceted corners to increase light intake and create a stunning sparkle. Later it came to be known as the Royal Asscher, and by the 20th century, this cut became widely popular both for its scarcity and its brilliant shine.

Although originally popular for vintage jewelry designs and art deco styles, the Asscher-cut diamond can now be seen on an array of designs, modernizing this royal worthy cut. In fact, Elizabeth Taylor was famously known for wearing a 33.19ct Asscher-cut diamond, which was given to her by Richard Burton in 1968. Burton reportedly purchased the stone for $307,000.

The Clean Origin collection features Asscher-cut diamonds ranging from 0.4 CT to 4 CT, allowing you to design the perfect ring for that perfect proposal. Staying true to the Asscher history with its Art Deco fame, maybe you’re leaning towards our vintage collection. Or, if you’re looking to let the diamond stand on its own, a simple solitaire setting with the Asscher-cut diamond front and center will allow its brilliance to shine without any distractions. Whatever style you choose, know that you’re sure to find something in our collection that will fit your significant others’ personal style and your budget. And, thanks to its striking cut and near-limitless versatility, you’ll never have trouble finding beautiful settings for Asscher-cut diamonds. 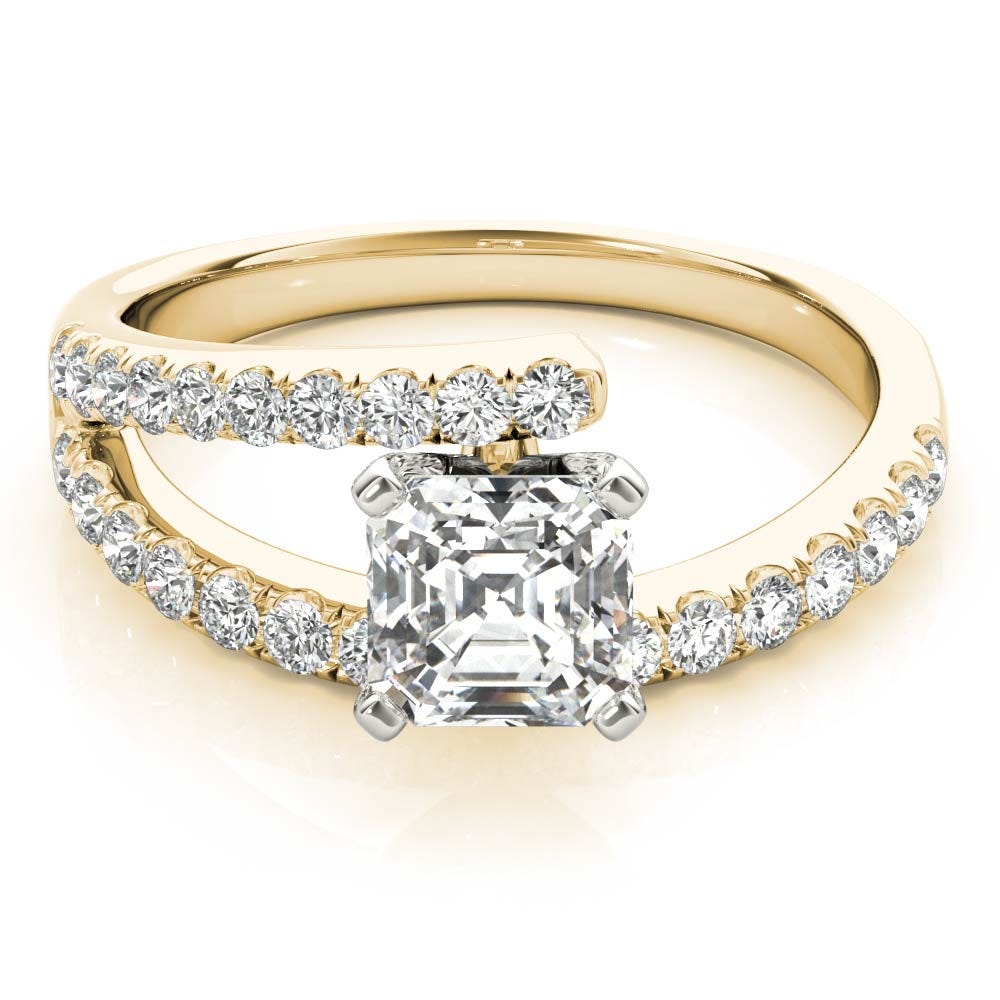 Cut — Approximately a century after the Asscher cut was first introduced, Joseph Asscher’s great-grandnephew revamped the design of the original Asscher-cut diamond — increasing the number of step facets from 58 to 74, and calling his new design the Royal Asscher Cut. While shape describes a diamond’s basic outline (round, square, etc.), an Asscher-cut diamond is created from a cutting style, creating the diamond’s large step facets and high crown, which accentuate a diamond’s clarity. The Asscher-cut diamond, similar to its more rectangular cousin the Emerald, has an almost octagonal shape, with three rows on the top, three rows on the bottom.

Clarity — In measuring a diamond’s clarity, diamond experts use a grading scale. The best clarity is VVS1 followed by VVS2, VS1, VS2, SI1, and SI2. Unlike other diamond shapes, such as the round or oval, the Asscher cut has less of a ‘brilliant’ appearance and more of a mirror effect — its appeal comes from its clean and sharp angles. Because of its glassy, smooth top, similar to an emerald cut diamond, Asscher-cut diamonds require a higher grade of clarity to look their very best. Since this cut allows inclusions to be easily seen, VS2 Clarity or higher is recommended for this step cut diamond.

Color — In case you’re new to the 4 C’s, the scale that measures the color in diamonds is actually measuring the absence of color, graded on an alphabetical scale from D to Z, with D being a colorless diamond and Z being yellow. There’s nothing to hide when it comes to these diamonds, so color is another important aspect of this spectacular diamond. We would recommend that you go no lower than an H color rating, as a near-colorless range works better with the bold facets.

Carat — Although due to their history and the precision it takes to cut this diamond, it may make it seem more expensive than others, it isn’t! Good news for you, if you have your eye on this stunning diamond, as they have a relatively low price per carat. And if you’re stuck between an Asscher cut and Emerald cut, Asscher-cut diamonds tend to offer more sparkle, while Emerald diamonds often appear larger. It always comes down to personal preference and what style she wants, we are here to give you the facts! 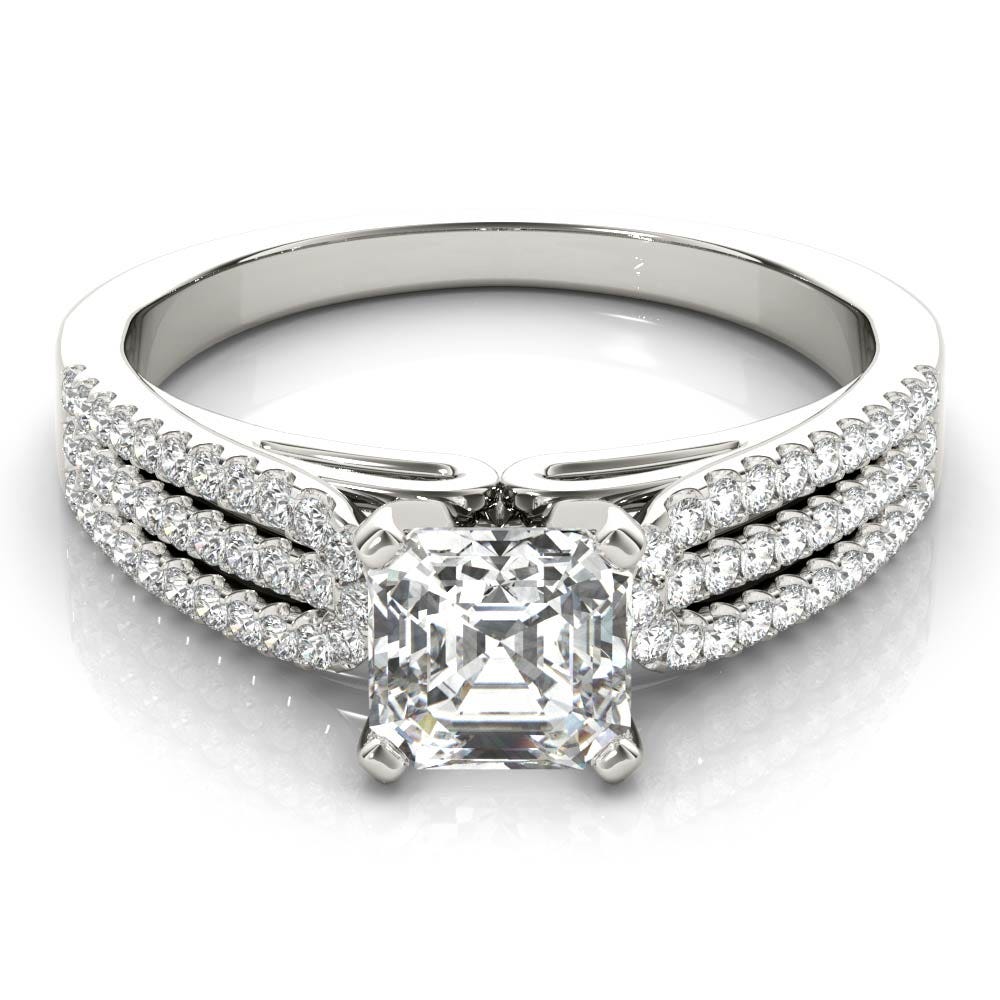 One of the most important qualities to look for when shopping around for an Asscher-cut diamond is the way it’s cut. Since this diamond has a deep cut, the majority of the diamond lies below the surface; you want to make sure you are choosing an Asscher cut with a shallower depth, between 60% to 67%, which gives you a larger looking diamond.

For more information about Asscher-cut diamonds and help finding the right one for that special someone, contact our diamond experts today!

This diamond is so unique and sure to dazzle anyone receiving it! We love this diamond for its geometric shape and rare qualities. To show off its unique shape, we love a simple setting, such as our solitaire setting, to properly show off the cut of this diamond. A halo setting is also recommended if you’re picking a smaller carat size to allow for a diamond with better clarity and color, as the smaller diamonds surrounding the stone will allow for maximum sparkle while staying within your budget! And, because lab grown diamonds are typically 20-40% less expensive than mined diamonds, due to the shorter supply chain, you are getting an even better price allowing you to use that extra cash on a dazzling setting, matching wedding band, or bigger stone!